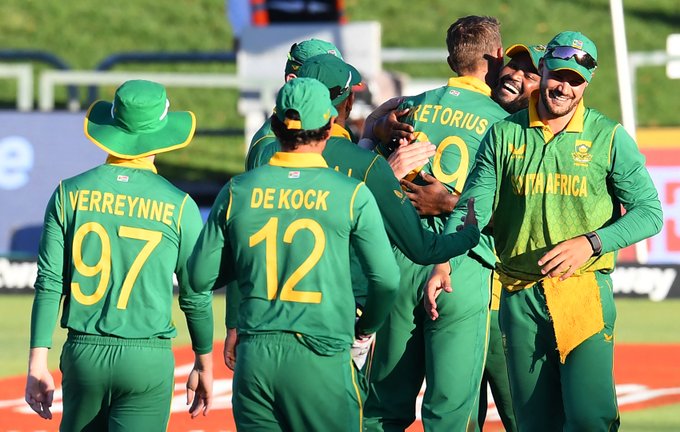 South Africa beat India by four runs in the third one-day international at Newlands in Cape Town on Sunday.

India replied with 283, losing their last three wicket for five runs as they were bowled out four balls short of their 50 overs.

India were on track for victory while Shikhar Dhawan (61) and Virat Kohli (65) were together during a second-wicket stand of 98.

India were in trouble at 223 for seven but Deepak Chahar hammered 54 off 34 balls before he was eighth man out with 10 runs needed.