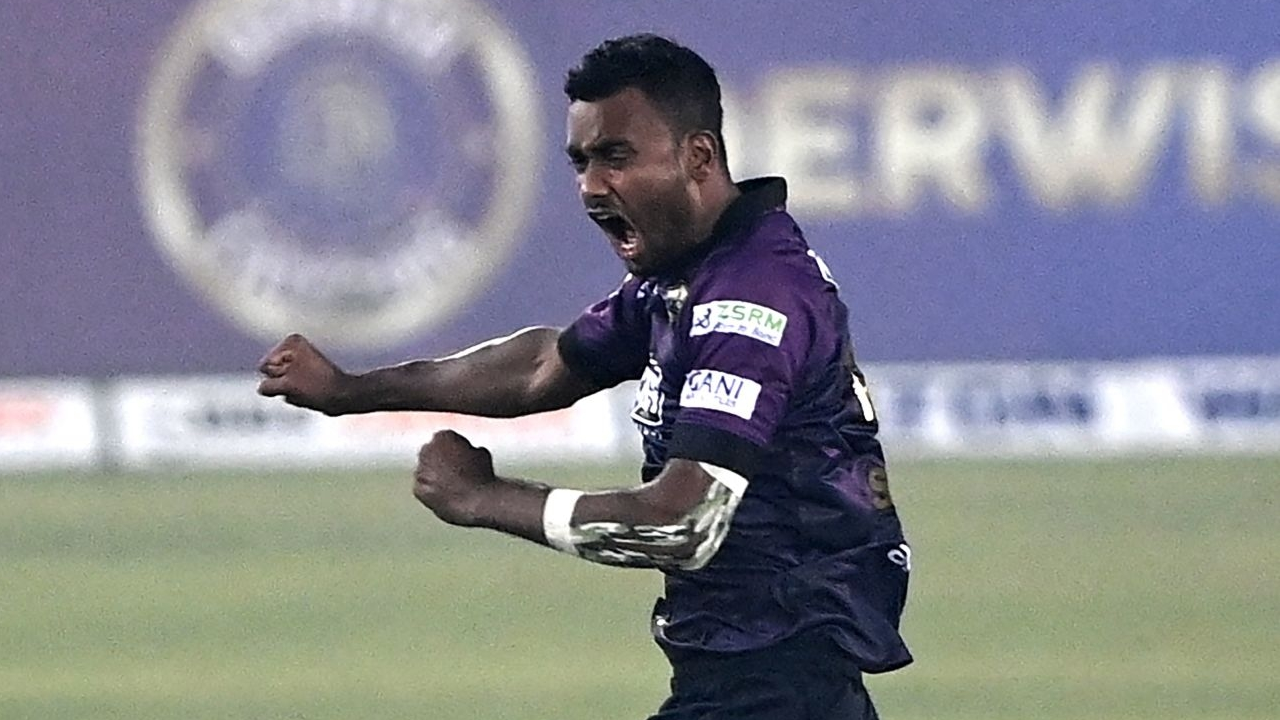 Nasum's brilliant figures of 3 for 9 sealed Dhaka's fate, including Andre Russell's wicket, before he could even begin the chase of 162.

Dhaka were knocked out for 131 in 19.5 overs as Shoriful cleaned up the lower order with career-best T20 statistics of 4 for 34.

Tamim Iqbal's (52) 42nd and second consecutive T20 half-century failed to help Dhaka get off to a positive start. Shoriful and Nasum, on the other hand, orchestrated a collapse by sharing seven wickets in their eight overs.

Earlier, Chattogram posted 161 for eight after 20 overs in the fourth match of the BPL, thanks to Will Jacks' 41 and contributions from Benny Howell, Sabbir Rahman, and Mehidy Hasan Miraz.

Dhaka captain Mahmudullah won the toss and elected to bowl first. Despite losing Kennar Lewis early in the game, Chattogram was able to put together a solid powerplay because to Will Jacks' power-hitting.

Afif Hossain, who came in at number three, dropped not once, but twice as Andre Russell and Tamim Iqbal both dropped him. After six overs, they were 50 for one.

However, Arafat Sunny dismissed Afif in the seventh over, leaving the Challengers at 54 for two after seven overs.

After that, skipper Mehidy Hasan Miraz and Sabbir Rahman led the rebuilding effort as the duo added 44 runs off 35 deliveries before Miraz's departure.

Sabbir played well before departing for 29 off just 17 balls, while Benny Howell (19-ball-37) provided the much-needed energy to the innings, and was the main reason why Chattogram reached 161 for eight.