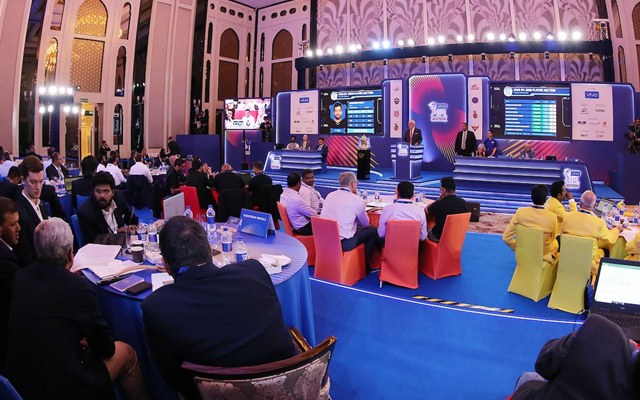 The Board of Control for Cricket in India (BCCI) has confirmed that the Indian Premier League's (IPL) mega auction will take place on February 12 and 13, but stopped short of confirming that the site will be Bangalore, as many had assumed.

"The mega IPL Auction will take place on February 12-13th and we will lock in the venues before that," BCCI secretary Jay Shah said in a statement released after the meeting with the owners of the IPL.

He has also disclosed that the league will be held between March and May. "I am delighted to confirm that the 15th season of the IPL will start in the last week of March and will run until May end," Shah said.

It is also learnt that all the 10 IPL owners, including the two new teams from Lucknow and Ahmedabad, want India as the host country for the 2022 IPL, with Mumbai and Pune being the two preferred cities.

"Mumbai has three grounds and we have the Pune ground which is more on the highway rather than Pune city. Doing it at Wankhede, Brabourne and DY Patil Stadium (Navi Mumbai) and Gahunje Stadium. So there won't be any air travel and there could be bubble in one city without bubble to bubble transfer," added the official.