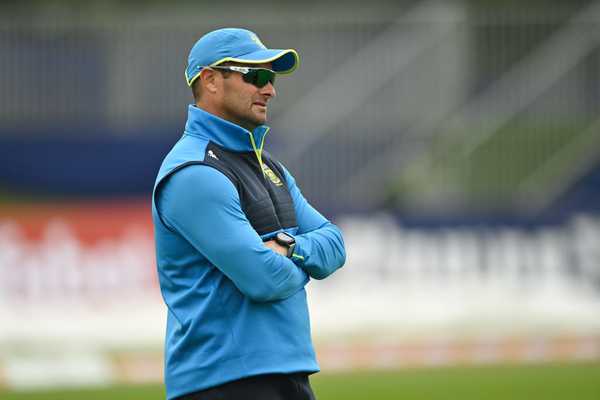 CSA said in a statement a senior counsel, Advocate Terry Motau, had been appointed to chair a disciplinary hearing into allegations of misconduct against the coach.

The charges come while Boucher's side are involved in a high-profile series of matches against India.

Boucher was accused by former teammate Paul Adams of leading a song which had a racially derogatory wording in meetings after matches.

"CSA confirms that a charge sheet, containing both the disciplinary charges against Mr Boucher, as well as his rights, was provided to him on January 17," CSA said.

"The upcoming inquiry will also consider concerns and allegations that arose following the resignation of former assistant coach, Enoch Nkwe."

Nkwe was appointed interim team director -– effectively the head coach -- in August 2019 and took the team to India for a Test series.

But Boucher was appointed head coach, with Nkwe as his assistant, by director of cricket Graeme Smith in December of the same year.

The Social Justice and Nation Building (SJN) hearings at which Adams made his accusations against Boucher also heard that Nkwe was "devastated" when he was effectively demoted.

Boucher will meet with Motau on Wednesday to decide a timetable for the proceedings.

Advocate Dumisa Ntsebeza, who chaired the SJN hearings, said he could not make "definite findings" and recommended that further steps be taken.

"The Board was obligated to institute further formal enquiries into CSA employees, suppliers or contractors who are implicated by the SJN report, and this is the first of these processes.

"While Mr Boucher is being charged with gross misconduct, which could lead to his dismissal, CSA emphasises it is important that the independent inquiry first needs to test all allegations before any question of sanction can arise."

A WhatsApp message received by journalists from CSA had a heading which stated that Boucher and Smith were suspended but this message was deleted almost immediately and replaced with a heading about Motau's appointment.

Contacted for comment, a CSA spokesperson said the initial heading had been sent out in error and there had been no suspensions.

"The heading was incorrect and does not reflect the content of the statement," he said.