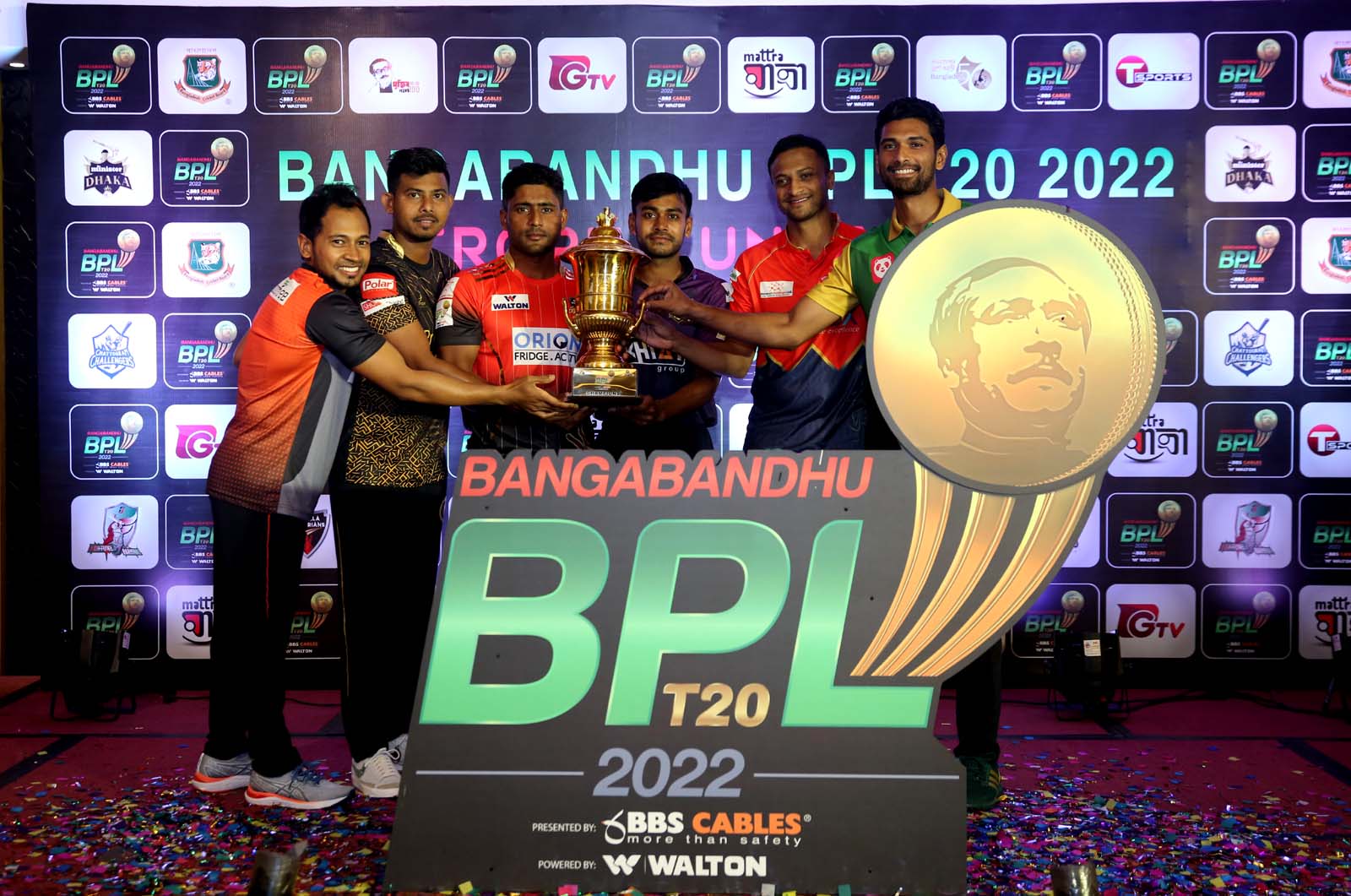 The eighth edition of the BPL, a special edition to mark the birth centenary of Bangabandhu Sheikh Mujibur Rahman, is scheduled to begin tomorrow [21st January] with the grand finale slated for February 18.

However, Multiple Covid-19 cases were reported among players and team officials Tuesday after they started undergoing Covid-19 tests in order to board the respective hotels but the committee confirmed this will not jeopardize the scheduled start of the mega event.

A total of 36 games will be played in the league stage followed by the playoffs and the final.

Team overviews are given below

When the syndicate that had originally owned the franchise couldn't pay the bank guarantee the night before the player draft last month, Dhaka's ownership changed abruptly. With selector Habibul Bashar only having a few hours to prepare for the draft, the BCB was left to take over the team. Later BCB gave the ownership to Minister Group.

To round out a strong bowling attack, they have Sri Lanka's Isuru Udana, Rubel Hossain, and Ebadot Hossain. Mashrafe, on the other hand, will miss the opening few games due to a back issue.

For the first time since 2016, a Barishal franchise will compete in the BPL. In the first four editions, the Burners and Bulls had their moments, but now Fortune Barishal has arrived. In December 2020, Fortune Barishal finished fourth out of five teams in the Bangabandhu T20 Cup.

The duo from Dhaka Dynamites for several seasons, including their 2016 title, Shakib Al Hasan and coach Khaled Mahmud have returned in the Barishal franchise.

The think tank have chosen a bunch of young Bangladeshi batters like Towhid Hridoy, Munim Shahriar, Salman Hossain and Najmul Hossain Shanto. The ‘Universe Boss’ Chris Gayle will arrive later in the lineup, bringing a ton of punch and experience to the batting order. With Alzarri Joseph and Obed McCoy at the helm, they have a strong pace attack.

Chattogram Challengers will look to improve on their performance in the 2019-20 BPL, when they advanced to the second qualifier before losing to eventual champions Rajshahi Royals. But Chattogram had a good season overall, which is why Rayad Emrit, Enamul Haque, Nasum Ahmed, and Chadwick Walton, as well as head coach Paul Nixon, have been retained.

The lineup appears to be promising. Bangladesh's Afif Hossain, Shamim Hossain, and Zakir Hasan are all in good form, and they're well supported by the international quartet of Kennar Lewis, Will Jacks, and Chadwick Walton. Sabbir Rahman.

The bowling assault will be led by Shoriful Islam and Benny Howell, with Mehidy Hasan and Nasum Ahmed in the spin department.

The two-time BPL champions Comilla Victorians return to the tournament after missing the 2019-20 season and the return of Comilla's head coach Mohammad Salahuddin, who won the 2015 and 2019 editions, will provide them a boost.

They have one of the most well-balanced squads in the tournament, with a good mixture of international experience and local knowledge. Their star foreign players are Faf du Plessis, Sunil Narine, Moeen Ali, and Cameron Delport are household names in T20 cricket around the world.

Liton Das is in fine form among the other hitters and Imrul Kayes has plenty of BPL experience. In the top order, Parvez Hossain Emon is the wildcard, having scored the fastest hundred by a Bangladeshi in T20s in 2020. Mustafizur Rahman to lead their bowling attack.

Coach Lance Klusener is looking forward use Mushfiq’s expertise to do well at the tough Bangladesh soil.

Soumya Sarkar, Yasir Ali, Rony Talukder, and Andre Fletcher are the main batters for Mushfiqur. Mushfiqur also serves as the wicketkeeper, while Soumya bowls a useful medium-pace attack and Talukder serves as a backup wicketkeeper.

On paper, the Sylhet Sunrisers have a well-balanced roster, but a dearth of real T20 match-winners could leave them short at some point throughout the tournament.

Mosaddek Hossain is expected to lead a team that features Colin Ingram, Lendl Simmons, and Ravi Bopara as well as a number of other notable overseas players. Mohammad Mithun, Alok Kapali, Mizanur Rahman, and Nadif Chowdhury will provide batting support, while Mosaddek Hossain, Sohag Gazi, and Muktar Ali will be the major allrounders.