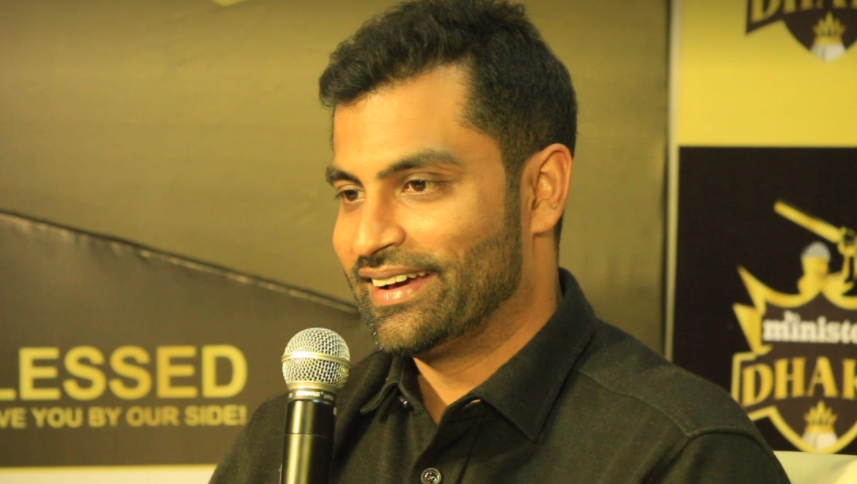 Bangladesh ODI captain Tamim Iqbal is confident about his fitness before starting the forthcoming Bangladesh Premier League (BPL), who is playing for Minister Group Dhaka. Tamim expressed his view during the team’s jersey unveiling ceremony in a Capital’s hotel Monday.

Tamim could not go to New Zealand tour with the team due to injury. However, he returned to the field with the recently concluded Independence Cup. He is ready to play BPL in full force.

"Fortunately, I have been able to play two matches before the BPL. I am in very good condition now (in terms of injury). From the point of view of fitness. I hope I’ll have a good start in BPL. Optimistic about doing well. I'm trying to do whatever it takes to be good. I will do my best as much as possible," Tamim told the media in the ceremony.

The left-handed opener has teamed up with veteran Mashrafe bin Mortaza and Dhaka’s captain Mahmudullah Riyad at the same team in the 8th edition of BPL. This is the first time these three premier players are playing in the same team in BPL.

Tamim is eyeing to pass good times like old periods with Mashrafe as he is ready to take the challenge with these star players and do well as a team.

"We've been together for 14 years, nothing new. Spending time with Mashrafe Bhai haven’t been happening like before. Whenever I get the chance, I, Riyad Bhai and Mashrafe Bhai like to have a chat,"

"’It's a challenge for us,’ Riyad Bhai said in his statement. I hope we do well with the challenge" Tamim added.

On the opening day (21st January) of this extravaganza, Dhaka will take on Mushfiqur Rahim-led Khulna Tigers.