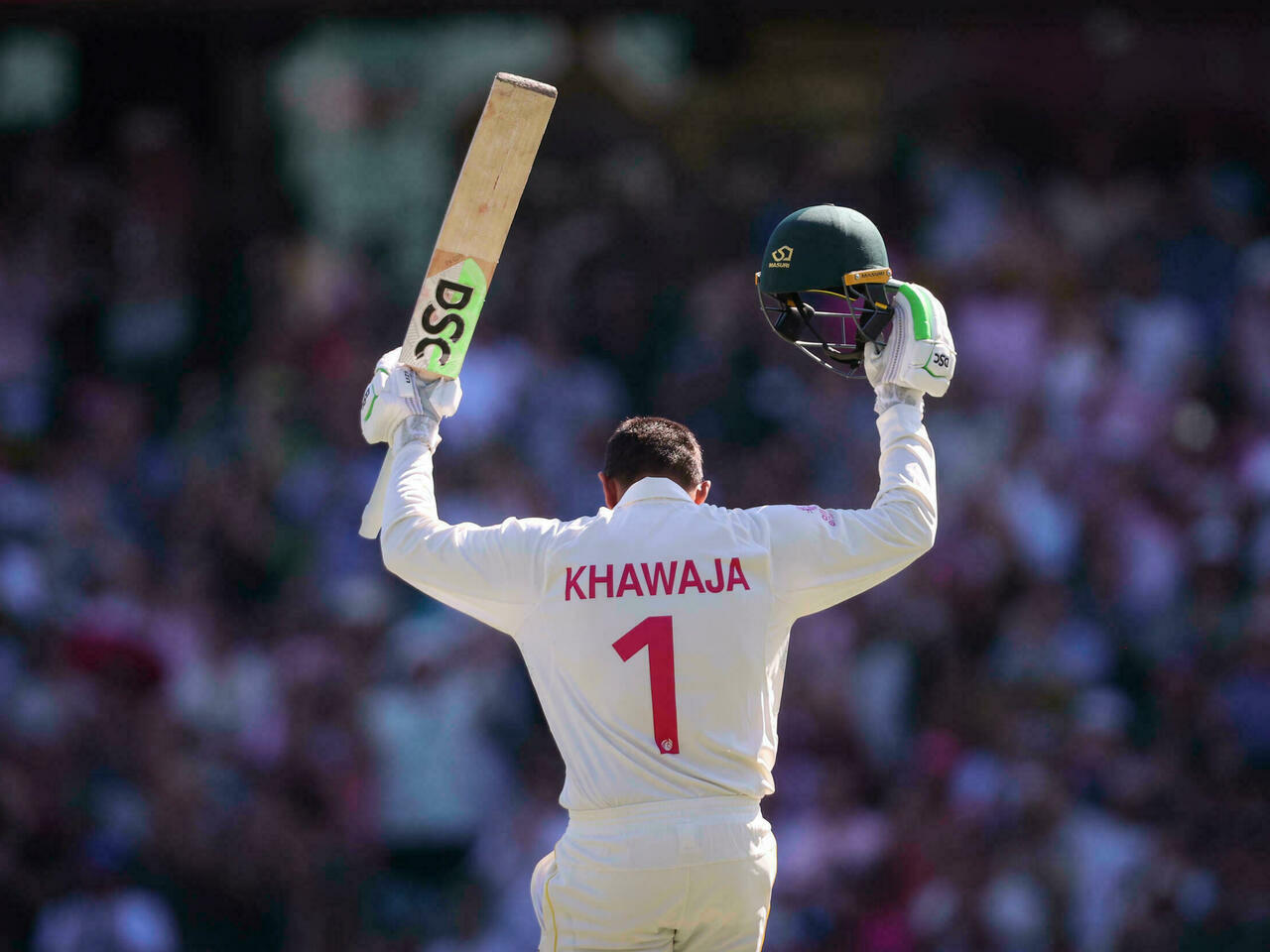 Double Sydney centurion Usman Khawaja will move up to open the batting for Australia in the final Test beginning in Hobart on Friday, captain Pat Cummins confirmed Thursday.

Cummins announced Khawaja would replace Marcus Harris as David Warner's opening partner with Travis Head slotting back in at number five for the day-night pink-ball match after sitting out the fourth Test in Sydney with Covid.

With Head cleared to play, Australia opted to retain Khawaja -- who scored 137 and 101 not out in Sydney -- and omit Harris, who has struggled to make an impact with a top score of 76 in the series.

Harris has been given a number of chances over his career, but in 14 matches he has not scored a century and is averaging just over 25.

The 35-year-old Khawaja has been in and out of the Australian team, but his twin centuries in Sydney made it impossible to drop him for the fifth Test, especially considering his form and experience at the top of the order.

He has opened the batting in five Tests, scoring two centuries and averaging 96.80.

"The message to Harry (Harris) is that he is going really well, it's just that it's not too often that someone comes in and scores two centuries in the same game," Cummins said.

There had been some talk of elevating Marnus Labuschagne to open, but Cummins said that was never a possibility.

Victorian seamer Scott Boland passed a fitness Test on his sore ribs Thursday afternoon and has been cleared to play, however, Australian team management said Boland would still need to clear a final assessment on Friday morning.

The Hobart wicket was looking very green 24 hours before the match and Cummins said he was unsure as to how it would play.

"I think especially the first few days there will hopefully be a bit of seam, a bit of swing," he said.

"Sometimes when it's really cold at night it doesn't do as much, but I don't know if that will be the case.

"Every pink ball Test, it feels like there are a lot of unknowns, but probably more so now because it's a new venue."

Cummins said one of the most pleasing aspects of the series, which Australia lead 3-0, was that the team wasn't relying on one or two players, and that the newcomers had stepped up when selected.

"It's been great to have these other guys come in and not only feel comfortable, but to dominate straight away," he said.

"It's a real nod to the amount of talent we have around Australia."

"It shows we don't have to be reliant on three or four players -- anyone in the team, or squad, can be a match-winner."