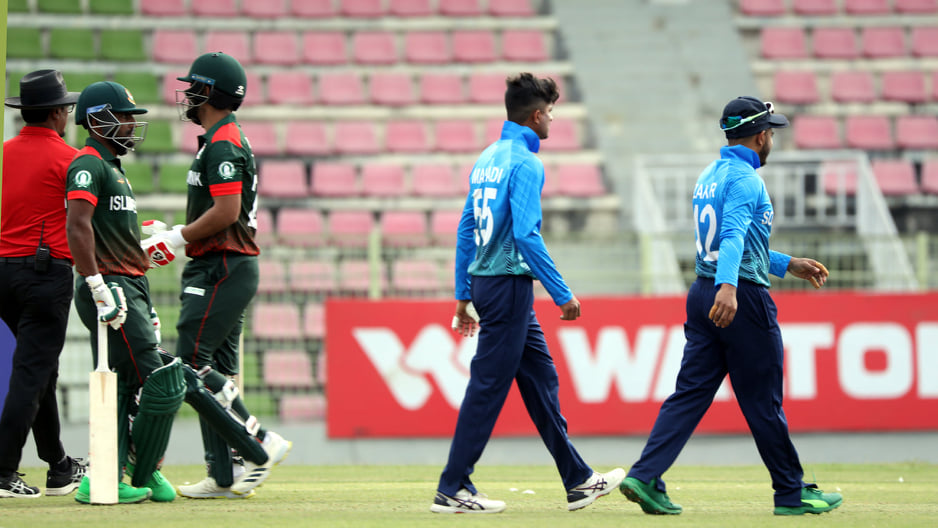 Islami Bank East Zone got eliminated from the Independence Cup after getting beaten by 3 wickets against BCB South Zone at Sylhet International Stadium on Tuesday.

Chasing 192, the openers made a shaky start as Anamul Haque Bijoy (15) and Pinak Ghosh (9) departed early during the first powerplay.

Myshukur Rahman added a 49-run partnership with Towhid Hridoy to put on some resistance after the initial setback. Myshukur scored 27 off 60 balls, then Nayeem Hasan dismissed the batter and also got the wicket of Towhid after a couple of overs.

Mahedi played the match-winning knock of 37 runs and eventually reached the target in 45.5 overs and three wickets in hand.

Earlier, East Zone were invited to bat first after losing the toss. Skipper Imrul Kayes smashed 5 fours and a six to score 69 off 97 deliveries. While veteran opener Tamim Iqbal was bowled on 9 runs off Mahedi.

Afif and Irfan Shukkur played innings of 29 and 33 runs respectively for East. All-rounder Sohrawordi Shuvo was unbeaten on 22 off 19 including two boundaries.

East Zone continued to lose wickets in quick successions and eventually could muster 192 for 8, setting a target of 193 runs.

Three wickets were taken by Mustafizur Rahman and Nahidul Islam took a couple of wickets for the South Zone.