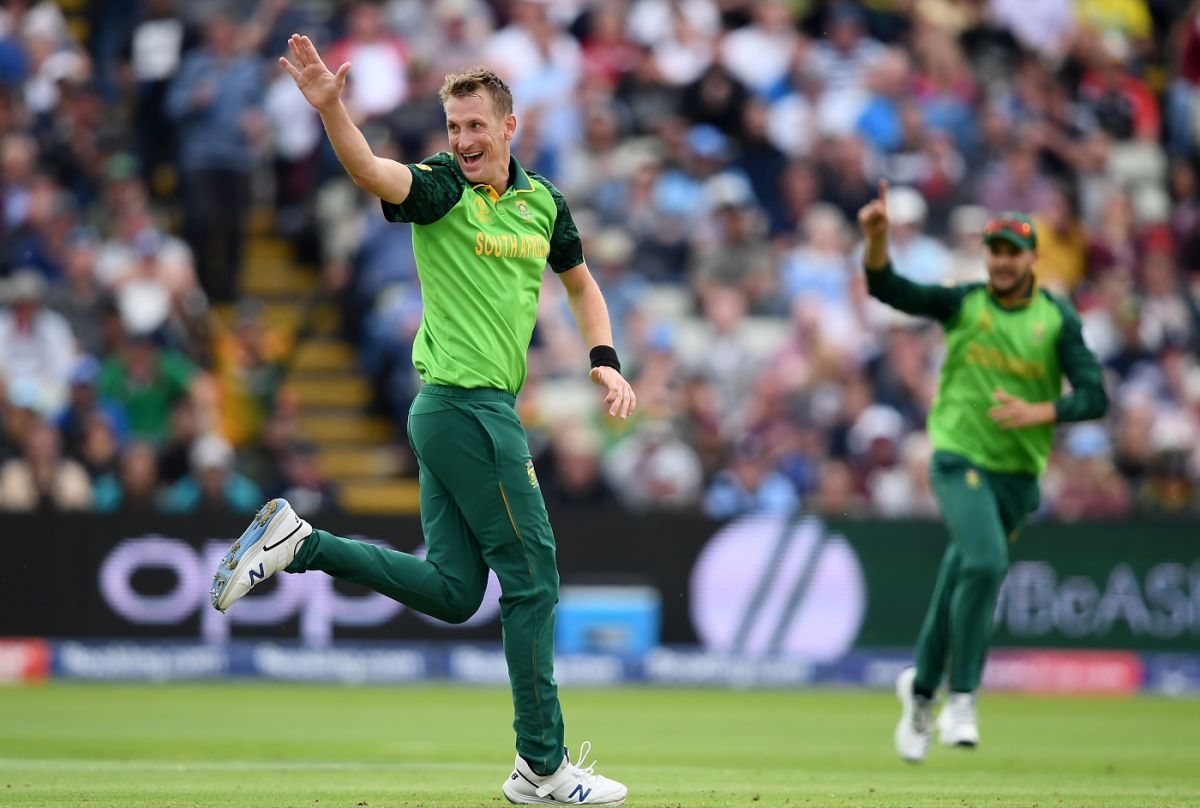 Chris Morris, South African allrounder, has declared his retirement from all forms of cricket. Morris, 34, stated he will next be seen in a coaching job with South African local club Titans while announcing his decision to hang up his boots following a 12-year career.

"Thanks to all who have played a part in my journey whether it be big or small…it's been a fun ride!," Morris' instagram caption read.

Morris last played for South Africa in the 2019 ODI World Cup, where he was the tournament's leading wicket-taker. He played 69 times for his country in all three formats, getting 94 wickets in all.

He was a hard-hitting lower-order batter who defined his game as a bowling allrounder who regularly sent the speed gun past 140kph.

His all-round abilities have won him million-dollar contracts in the IPL, first with the Delhi Daredevils in 2016, then with the Royal Challengers Bangalore in 2020, and finally with the Rajasthan Royals in 2021. With a final bid of $2.25 million, he became the most expensive player in IPL auction history.