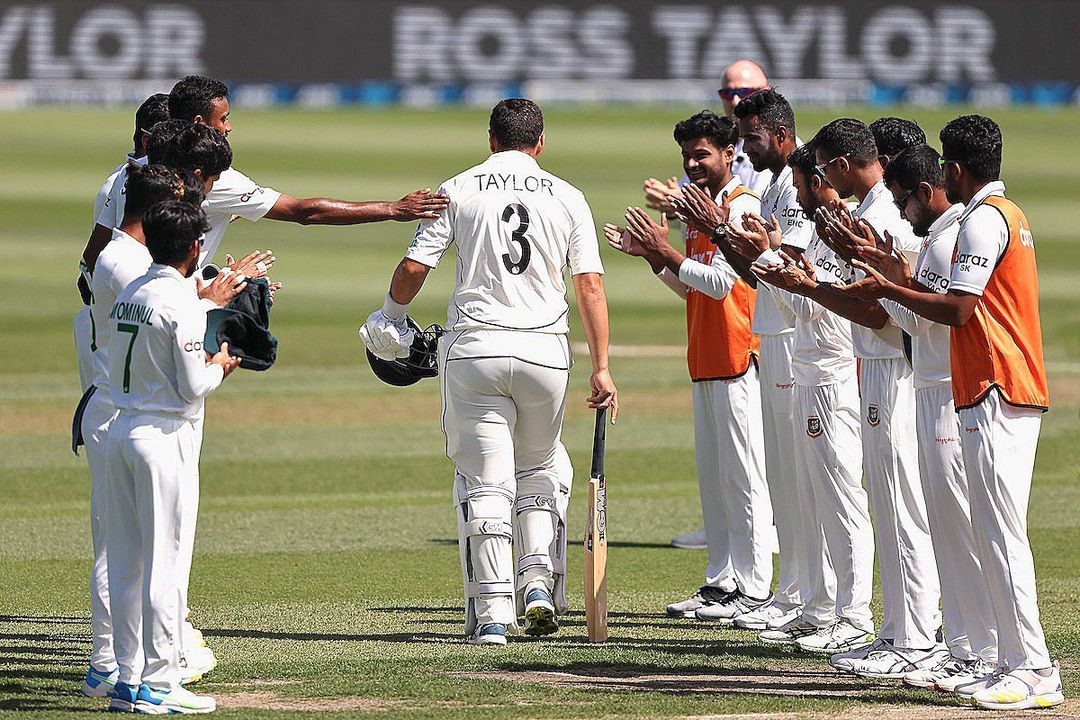 As Ross Taylor stepped out to bat in his farewell Test for New Zealand, he received a standing ovation from the Hagley Oval crowd and a guard of honour from the Bangladesh squad.

With New Zealand declaring at 521 for six in the first innings and Bangladesh in shambles, it was likely Taylor's final appearance as a batsman in the longest format.

“Thank you @bangladeshtigers for the truly humbling moment walking to the crease today. Something I’ll never forget.” Taylor posted on online platform Instagram after the second day’s play.

The New Zealand great, his country's most prolific run-scorer, walked out to bat with New Zealand 363 for two. Stand-in skipper Tom Latham was batting on 190 at the time.

Taylor, however, could only score 28 before he was dismissed by the impressive Ebadot Hossain.