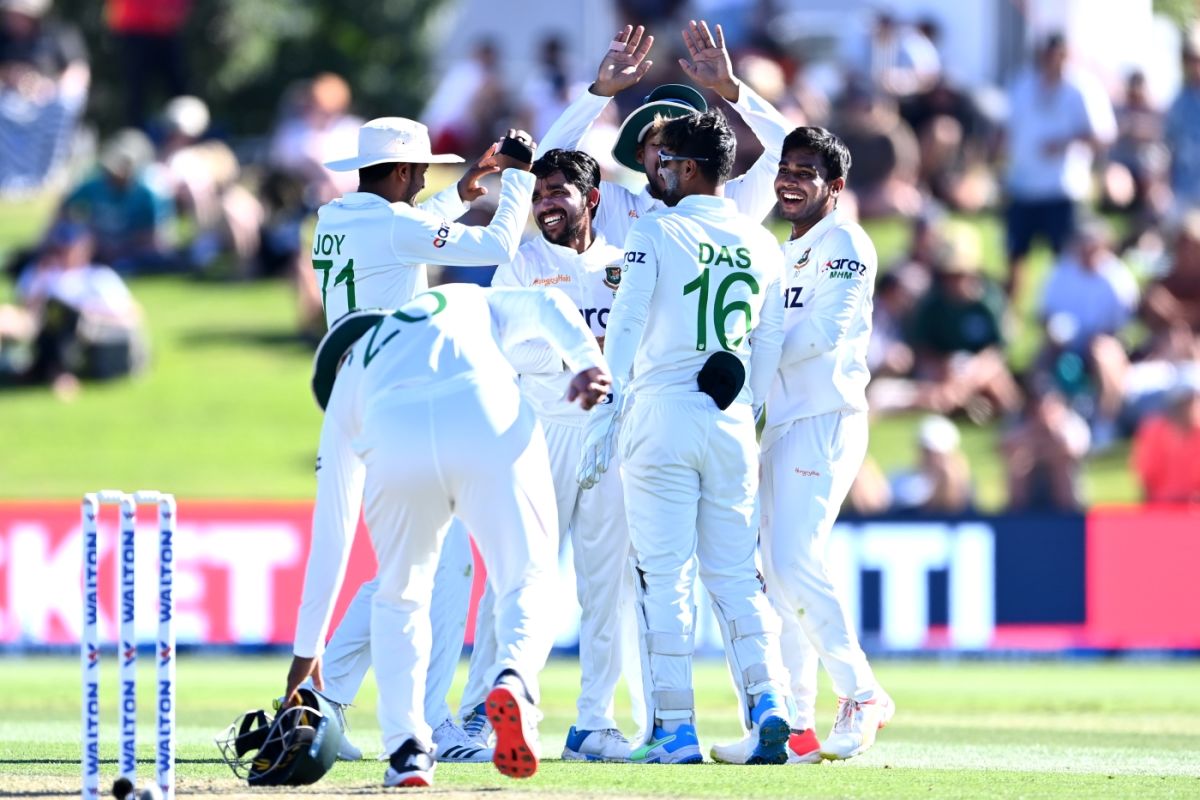 Confident Bangladesh will face hosts New Zealand in the second of the two-match Test series on Sunday at 4 am at Hagley Oval in Christchurch. Bangladesh are 1-0 up in the series after winning the opening game by an astounding eight wickets at Mount Maunganui last week.

With the victory over the Test world champions, Bangladesh achieved their first victory in New Zealand in any format of cricket, as well as their first Test victory against the Kiwis in 16 attempts. Bangladesh's victory is their first against a top-five ranked opponent away from home, and only their sixth in 61 games.

With youthful opener Mahmudul Hasan Joy ruled out of the series owing to a finger injury, Bangladesh will almost certainly make one alteration in the playing XI. Uncapped left-handed batters Fazle Mahmud and Mohammad Naim are two alternatives for Joy's replacement.

Fazle is a left-arm spinner with 94 first-class matches to his belt. Naim, on the other hand, has only 32 first-class games under his belt, the last of which was in February 2020.

The Bangladesh pace attack, which was key in their overwhelming series-opening victory, will be scrutinized.

On an unorthodox surface at Mount Maunganui, the bowling department, led by right-arm pacer Ebadot Hossain, caused all sorts of problems for the Kiwis. Ebadot concluded with his best bowling figures of his career, taking seven wickets in the game.

Meanwhile, Tom Latham's Black Caps are under siege, and their reputation is on the line. Winning the series is now out of the question and they can only look to finish the series 1-1 with a win in the second match.

There will be some concerns for New Zealand. Their much-touted fast bowling unit failed to attack the stumps as aggressively as they would have liked. Tim Southee and Kyle Jamieson had a tough time on the field. Rachin Ravindra struggled, but it was evident that Ajaz Patel's presence was missing.

In terms of batting, the collapses in both innings are concerning. Although they are without Kane Williamson, the likes of Ross Taylor, Tom Latham, Henry Nicholls, and Devon Conway are a good batting line-up to have.