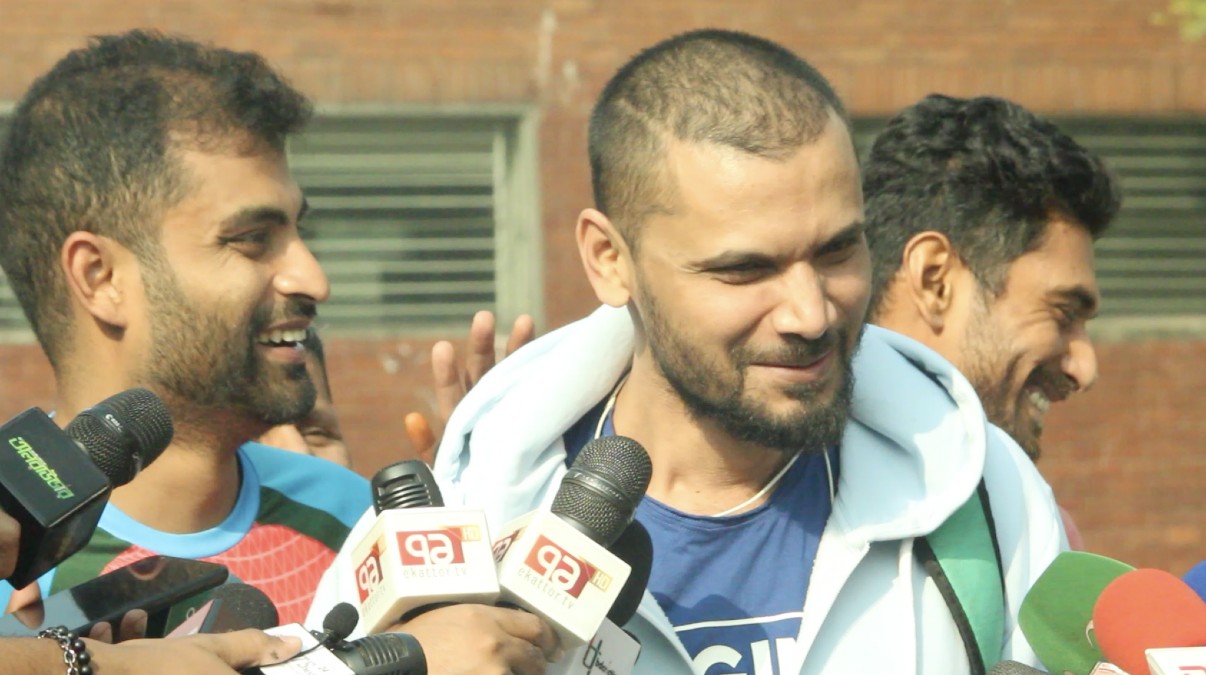 Mashrafe told the media at the Sher-e-Bangla National Cricket Stadium in Mirpur today [Thursday] that despite the absence of senior players like Shakib Al Hasan and Tamim Iqbal, Mominul led the team to an impressive victory over the Kiwis in the first Tests on Wednesday in Mount Maunganui.

"Those who watch the game from outside, think that the absences of Shakib [Al Hasan] and Tamim [Iqbal] mean the team is half vacant. He [Mominul] motivated the team from that point and won the match. This is an amazing thing. Of course, Mushfiqur [Rahim] was there to help him. But overall, I think, he needs to be given the entire credit," Mashrafe said.

When Bangladesh cricket was going through a hard patch, Mominul was given the job of leading the Test team. He was chastised by the media and fans for his inability to produce positive results.

Mashrafe, on the other hand, believes that Bangladesh's achievement under his command, despite everything he has been through, deserves recognition.

"Hat's off to Mominul! Because at first Mominul was made captain of the Bangladesh Test team [after Shakib was banned]. Everything happened through a process, and the captaincy was not given to anyone else on the team. Back then, I wasn't even sure if Mominul was prepared then.

"Since then, after enduring so much criticism, he assembled the team and brought such a huge victory. But the entire credit of this huge victory goes to him," Mashrafe concluded.

However, ahead of the BPL, the former skipper intends to play in the one-day edition of the Bangladesh Cricket League (BCL) starting on 9 January in Sylhet. But given his current physical condition, his participation in the tournament is in doubt.