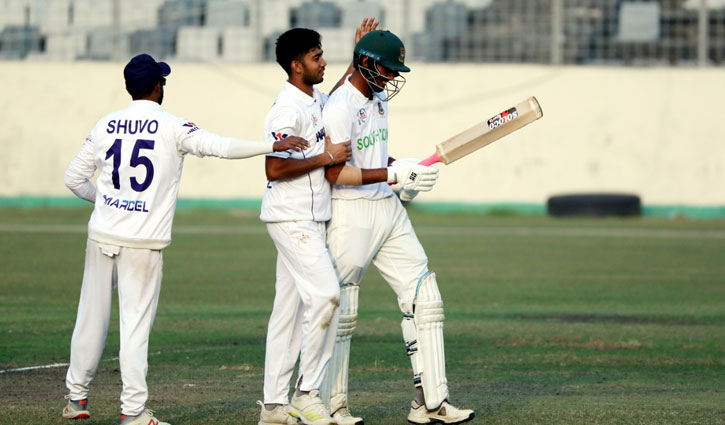 South Zone had resumed the second innings on Wednesday with overnight total 43 for 1 and all out for 268 runs, they scored 387 in the first innings.

Number nine batter Rishad Hossain smashed a majestic 99 runs off 136 balls before he was fell victim of nervous nineties from Taibur Rahman’s delivery.

Chasing target of 218 runs, Central Zone with huge first innings total of 438 runs, thanks to Mohammad Mithun for his maiden double ton (206), scored 26 for 3 in nine overs at the end of the day.