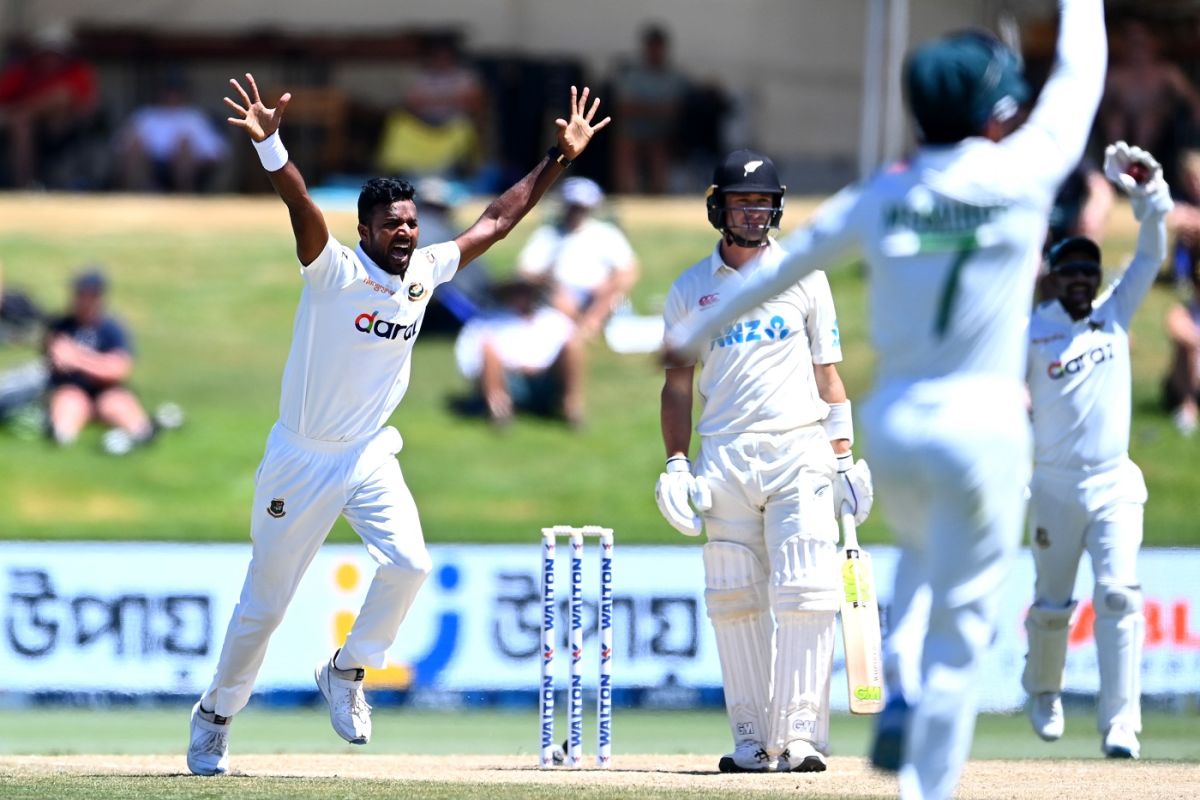 Bangladesh has never won a match in New Zealand, having lost all 33 games played in three formats, including nine tests.

However, they increased their chances of a maiden victory by reducing New Zealand to 147 for five at stumps, with Ebadot Hossain grabbing three wickets for no runs in eight balls at one point. From 17 overs, Ebadot got 4 for 39.

New Zealand batting coach Luke Ronchi said all his world test champions could do now was bat for as long as possible on the final day at Mount Maunganui.

"Bangladesh have had the upper hand on us for quite a massive part of this test. We've got to play a positive style of cricket. We've got to get a lead that's sufficient enough to defend" said Ronchi.

Ronchi said Taylor and Ravindra could not afford to be negative on the final day.

"Ross and Rachin will have to start the innings off again and play nice and straight. Tomorrow we`ve got to play a positive style of cricket, making sure we are scoring a few runs, not just trying to bat the day out" he added.

Earlier, Bangladesh resumed on 401-6 and the lower order batted 20-odd overs before being all out for 458 in the first match of the two-test series.