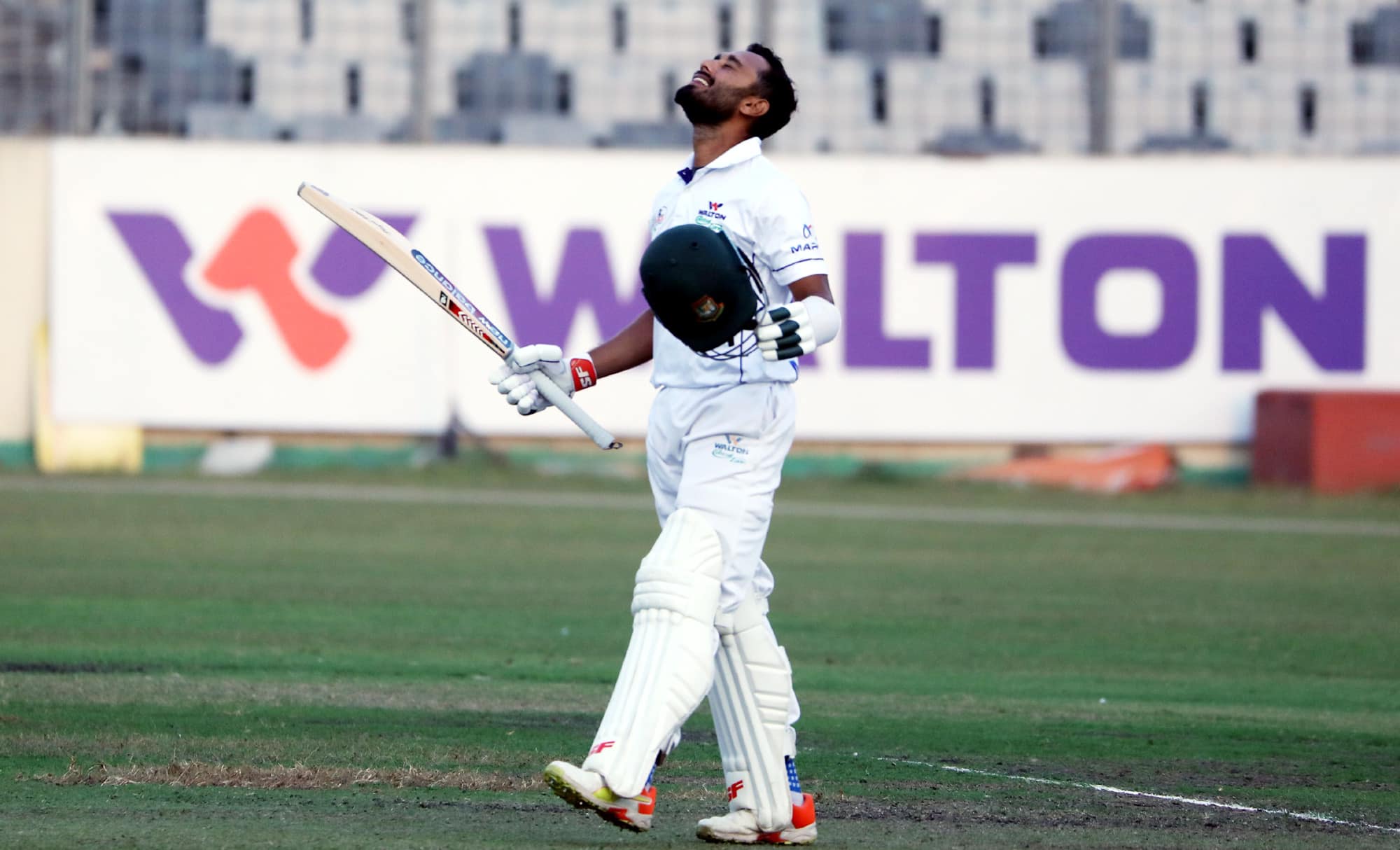 After Central Zone were reduced to a perilous 16-4, Mithun brought up his century and remained unbeaten on 102, while captain Shuvagata Hom was on 67 as they joined for a 168-run fifth-wicket stand.

Central Zone finished the second day of the five-day final on 184-4, thanks to their efforts, after South Zone were bowled out for 387 in their first innings. Central Zone now has a 203-run deficit.

South Zone resumed the day on 261-5, thanks to Zakir Hasan, who went on to score 107 not out. He and captain Farhad Reza put on a 119-run sixth-wicket stand to keep the team in front. Reza smacked nine fours and three sixes on his way to a 71-run innings off 67 balls.

No one could assist Zakir after Reza was out, and South Zone continued to lose wickets at regular intervals. Hasan Murad, a left-arm spinner, took 5-101 for South Zone, while Shuvagata Hom took 3-51.

When the Central Zone responded, Reza gave the South Zone a fantastic start. He bowled a fantastic swing bowling effort to leave Central Zone with a humiliating 16-4 record. But Mithun and Shuvagata stood firm and kept the team on track to take the lead.