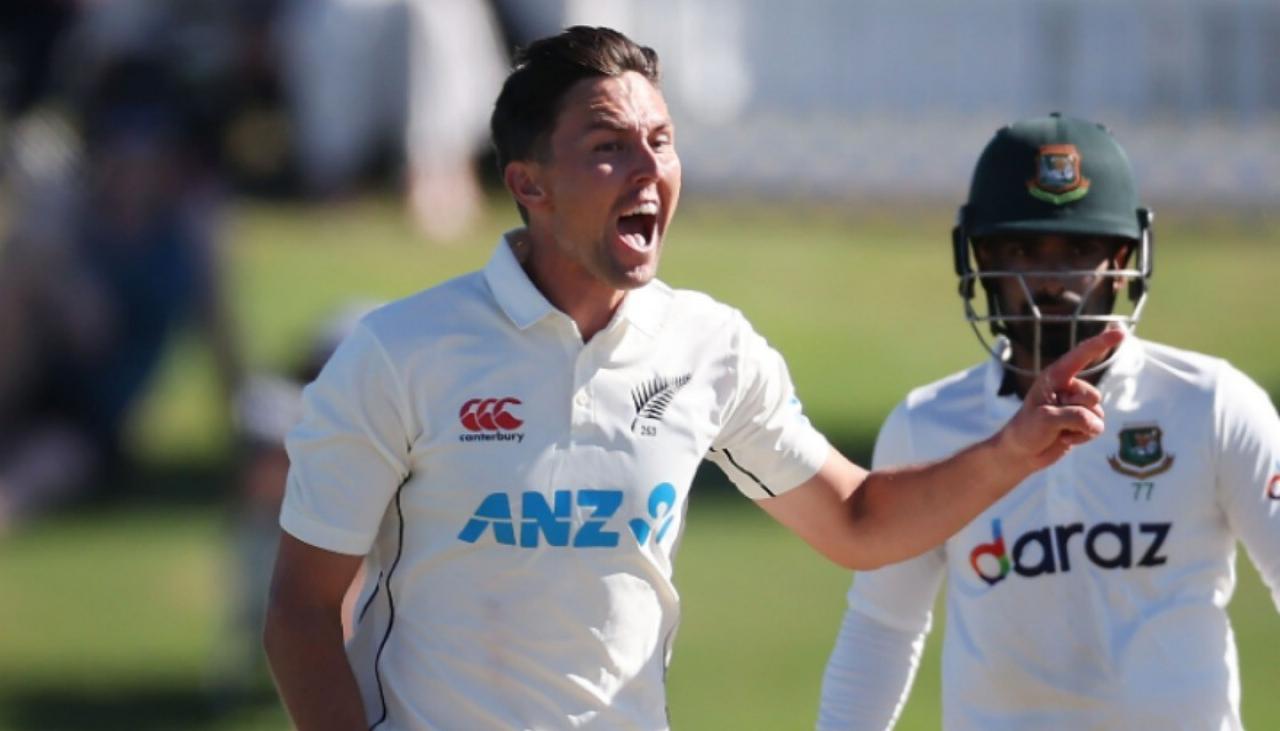 After the third day of play in their first Test against Bangladesh at the Bay Oval in Mount Maunganui today, New Zealand's premier bowler Trent Boult said visitors Bangladesh have dominated the Kiwi bowlers.

It's not often that Bangladesh batters take control of a full day and make their opponents work hard for their wickets. In most cases, it's the opposite way around.

Today [Monday], though, things were different, with the players putting a price on their wicket. Since coming out to bat just before lunch on the second day of the Test, Bangladesh has looked like a completely different batting unit.

"They played very, very well. They were decisive. They made us come back and bowl spell after spell," said Boult.

While Liton Das and Mominul Haque went on to score in the 80s and put together an important 158-run partnership, Mushfiqur Rahim scored a firm 53-ball 12 when scoring wasn't easy early on.

Mushfiqur was backed up by Mominul at the moment as Bangladesh had lost overnight batter Mahmudul Hasan Joy early. Mushfiqur and Mominul demonstrated exceptional courage and patience by scoring 19 runs in 18 overs during a trying spell. In fact, it was the first time in a Test outside of Bangladesh when all six of Bangladesh's top batters faced more than 50 deliveries each.

Boult, on the other hand, pulled up two key wickets late in the day today, those of Mominul and Liton, to give the Kiwis something to rejoice about at the conclusion of a long day. However, given Bangladesh's performance thus far, Boult realized that the game could go down to the wire.

"We have played against Bangladesh a lot, both home and away. They have batted extremely well here. They are an improving nation. We haven't taken them lightly in this series. It is exciting to see the game so evenly poised. It is going to be a test for both sides," said Boult.