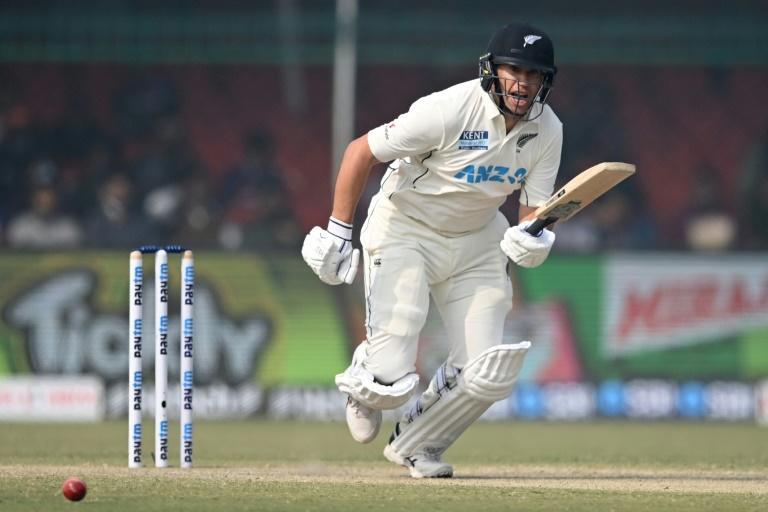 New Zealand and Bangladesh put the impending retirement of Black Caps great Ross Taylor at the forefront of preparations for the first Test which starts at Bay Oval in Mount Maunganui on Saturday.

"He would love to go out with a 2-0 series win," New Zealand skipper Tom Latham said after the Black Caps' most prolific run scorer announced he will put away his Test whites after the two-match series.

But Bangladesh coach Russell Domingo said the tourists "want to try and make sure he doesn't have a great send-off. But we know we have to bowl well to get him out."

With the covers still on the pitch the day before the Test, neither side was prepared to confirm their line-up. New Zealand's only conundrum was choosing between spinner Rachin Ravindra or seam bowler Daryl Mitchell to fill the all-rounder slot.

"Whether it browns off or holds its moisture, we'll have to wait and see," said Latham, who will open the batting for New Zealand with Will Young while Devon Conway will bat at three having recovered from a self-inflicted broken hand.

The New Zealand emphasis will be on its four-pronged pace attack of Tim Southee, Trent Boult, Neil Wagner and Kyle Jamieson, who have kept the side unbeaten in their past 16 home Tests.

Bangladesh have never beaten the Black Caps and their batsmen have always struggled to adjust from their slow, turning wickets to the fast, green-topped pitches in New Zealand.

"We've got a reasonably good blueprint that we like to work with here in New Zealand," Latham said.

"They've done really well for us in these conditions over a long time."

Another driving force for New Zealand is the need to get more points in the World Test Championship following a loss and a draw in their two-match series in India earlier this month.

"Every game is really important so as many points as we can get as possible would be great," Latham said.

Bangladesh arrived in New Zealand on the back of a 2-0 home series loss to Pakistan and while the prospect of an upset win was unlikely, Domingo said his young side had plenty to play for.

"We know our record is not good in New Zealand in terms of Test match cricket (but) we're pretty excited. It's a good opportunity for some young players to test the waters in New Zealand and try and put on a good performance for us."