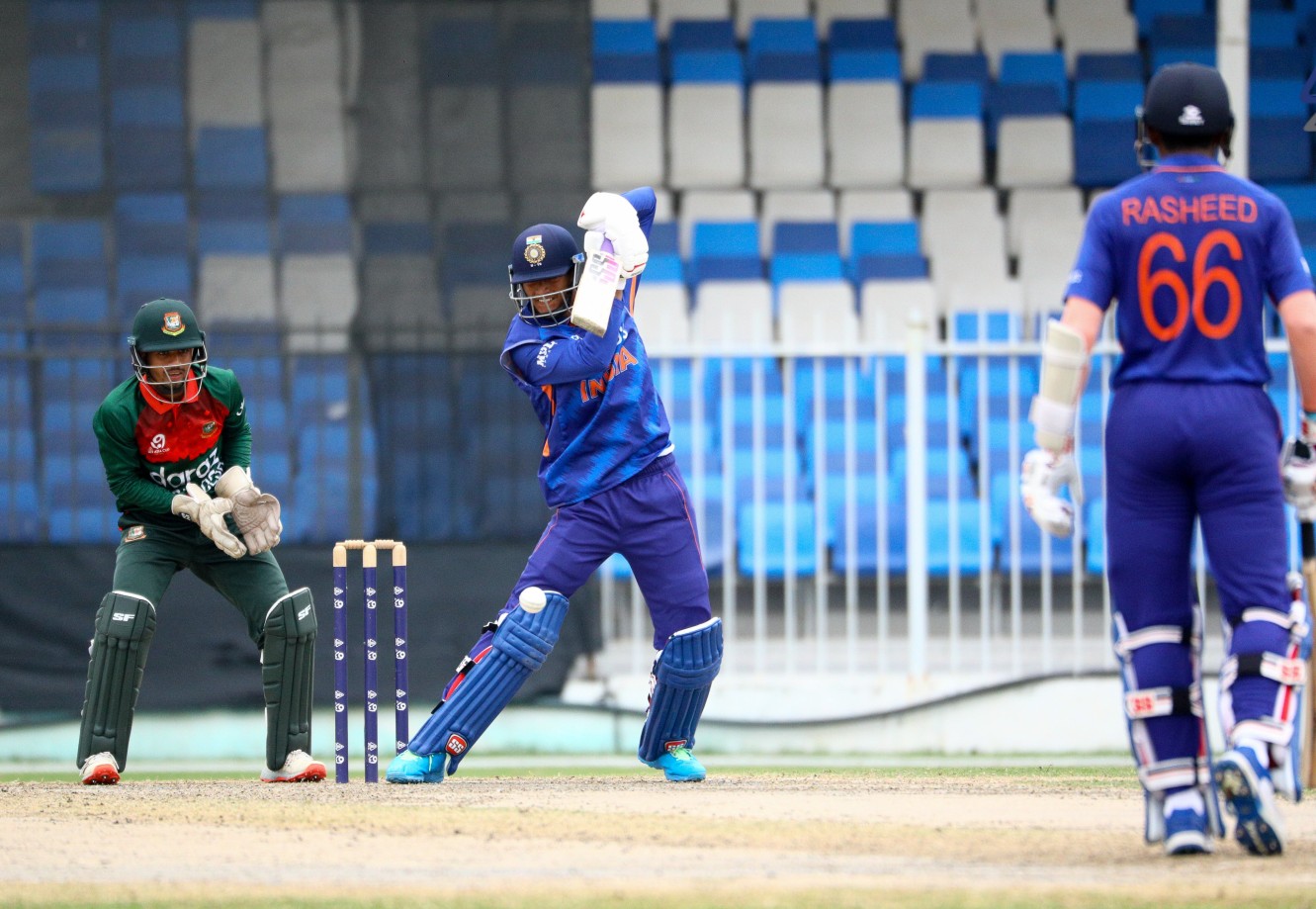 Bangladesh U-19 suffered a 103-run defeat against India in the semifinal and have been knocked out from the ACC U19 – Asia Cup at the Sharjah Cricket Stadium on Thursday.

Chasing 244, the openers Mahfijul Islam (26) and Tahjibul Islam (3) gave Bangladesh a brisk start as they both returned early. Mahfizul struck 5 fours to score 26 off 23 before getting removed by Rajangad Bawa.

Bangladesh kept losing wickets at regular intervals, Prantik Nawrose Nabil could mange to touch double digits as he got dismissed on 12 runs. Rajangad also got the wicket of Aich Mollah for a duck.

Bangladesh continued to lose wickets in quick succession, and eventually could only muster 140 in  38.2 overs, falling short by 103 runs.

Earlier, after being invited to bat first India posted 243 for 8 in 50 overs, setting 244 for Bangladesh to chase. Shaik Rasheed smashed 90 off 108 deliveries with 3 fours and 1 six to play the knock.

Yash Dhull and Rajangbad played brief innings of 26 and 23 respectively.