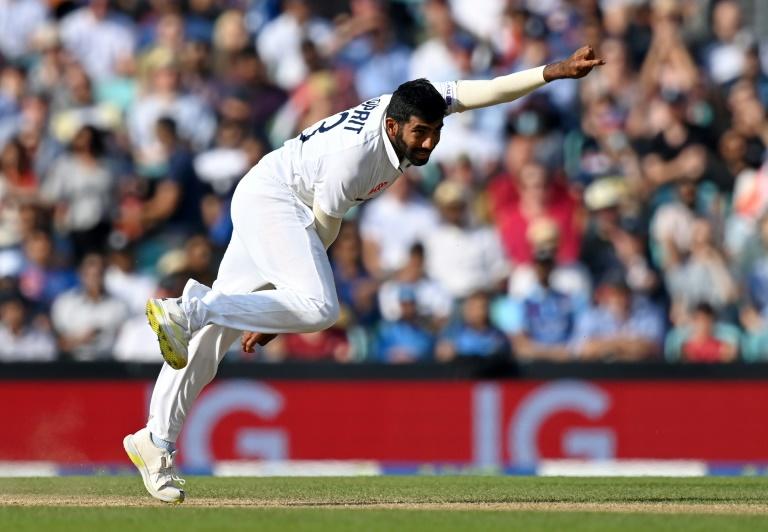 Jasprit Bumrah was hailed by Indian batting coach Vikram Rathour after making two late breakthroughs on the fourth day of the first Test against South Africa on Wednesday.

South Africa, needing 305 to win, were 94 for four at the close, with home captain Dean Elgar unbeaten on 52.

India’s progress to victory was held up by a defiant partnership between Elgar and Rassie van der Dussen, who eked out 40 runs for the third wicket at less than two runs an over and threatened to see their side through to the close of play.

But Bumrah came back for a final spell on a hot afternoon and produced a superb delivery which snaked back and bowled Van der Dussen, who did not offer a shot.

"That’s the quality of the bowler, he really set him up well," said Rathour, referring to a probing line by Bumrah which had the batsman unsure whether to play or leave the ball before misjudging the crucial delivery.

Bumrah followed up by yorking nightwatchman Keshav Maharaj in the last over of an extended day to put India firmly on course for a win in the first of three Tests.

"That’s what you expect from somebody like him," said Rathour about Bumrah. "But all of us bowled really well. They were bowling really good lines."

Rathour said the pitch was difficult for batsmen. "There is more and more variable bounce. The way we bowled today, if we carry on tomorrow we will create a lot of opportunities."

"We’re just going to have to show belief," he said.

Rabada said the team could not afford to be distracted by forecasts of possible thunderstorms on Thursday afternoon.

"There have been chats about that but it’s not a controllable (factor)," he said. "We have to come out thinking of playing a full day’s cricket."

Rabada took four for 42 as India were bowled out for 174 in their second innings.

It was a day of contrasts. India eked out 63 runs for the loss of three wickets in the morning. But the match moved ahead rapidly after lunch.

Starting the afternoon with an overall lead of 209 India took a more attacking approach as they added 95 runs off 18.3 overs while losing their remaining seven wickets.

Despite captain Virat Kohli falling to the first ball after lunch, edging a drive against a delivery slanted across him from tall left-arm fast bowler Marco Jansen, the Indian batsmen went for their shots while wickets fell at regular intervals.

Ajinkya Rahane hit Jansen for four, six and four off successive deliveries before being caught in the deep off the same bowler in his next over.

Risabh Pant played a typically aggressive innings and top-scored with 34 off 34 balls.

Debutant Jansen took four for 55 and earned praise from Rabada. "He’s a phenomenal talent. He’s an awkward customer to face with his pace and bounce and in the second innings he justified his selection."