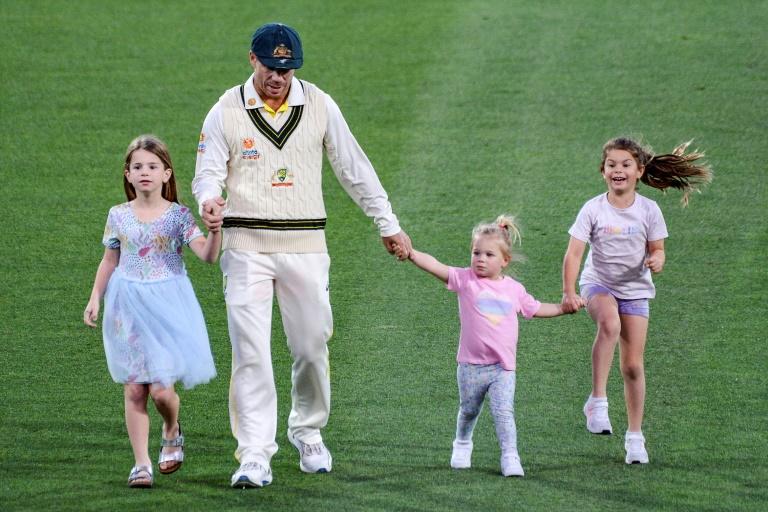 David Warner has hinted he is keen for one last Ashes tour in 2023 to make amends for his failed campaign in England two years ago, drawing inspiration from veteran seamer Jimmy Anderson.

The explosive Australian opener would be approaching 37 should he retain his place that long and in all likelihood would have joined the 100-Test club. He currently has 89 caps.

Winning in India is also on his bucket list before pulling up stumps on a Test career that has so far yielded 7,551 runs at 48.40.

"Winning the Ashes here was obviously a big one," Warner said after Australia crushed England in the third Test in Melbourne to retain the Ashes.

"We still haven't beaten India in India, that would be nice to do.

"And England away -- we had a drawn series (in 2019) but hopefully if I manage to get that opportunity, I might think about going back."

England hasn't been a happy hunting ground for Warner, who had a horror tour in 2019, when he managed just 95 runs at 9.50 from five Tests with Stuart Broad dismissing him seven times.

"In terms of 2019 it was obviously in England so he (Broad) was able to get the ball to come back into us and away from us," said Warner, who has been a mainstay at the top of the Australian order for a decade.

"For me it was one of those tours where I didn't back my game plan and I went too defensive and I didn't attack. That was my fault, and he bowled really well."

Whether Warner can still be competitive into 2023 remains to be seen, although he has been written off previously and come roaring back, most recently at the Twenty20 World Cup.

He was dropped by his Indian Premier League team Sunrisers Hyderabad ahead of the World Cup, leading some pundits to suggest his best days were over.

But Warner responded in the only way he knows, by scoring runs, and was named player of the tournament as Australia lifted the trophy.

He pointed to England's Anderson, still going strong at 39, as an example of cricketers performing at their peak well into the twilight of their careers.

"James Anderson sets the benchmark for older guys these days, we look up to him getting on in our days," Warner said after Anderson bowled beautifully in the Melbourne Test.

"For me it's just about performing to the best of my ability and putting runs on the board."