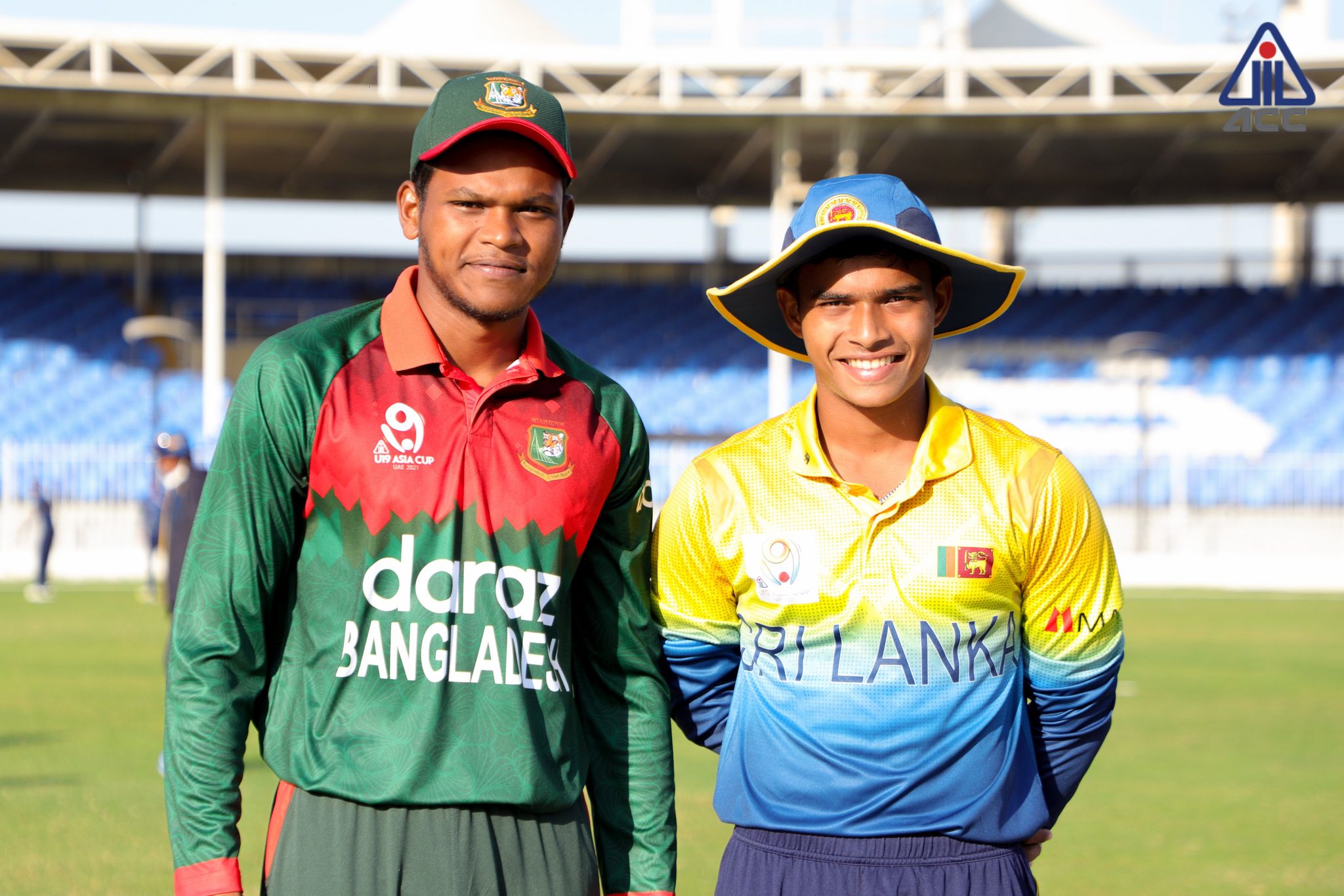 The group match between Bangladesh U-19 and Sri Lanka U-19 of the Asian Cricket Council U-19 Asia Cup at Sharjah Cricket Stadium has been abandoned due to a Covid case during the match.

The 50-over game was canceled after 32.4 overs when Bangladesh were on 130-4 because one of the match officials was found to be Covid positive, according to reports.

Bangladesh has qualified into the semi-final of the U-19 Asia Cup as the group champions with Sri Lanka from the same group. As both the team secured four points each, however, Bangladesh topped the group as per net run rate.

After being invited to bat first Bangladesh U-19 muster 130 for the loss of four wickets. Tigers made a shaky start with openers Mahfijul Islam (4) and Iftakher Hossain (3), dismissed by Traveen Mathew.

Then Prantik Nawrose Nabil played a knock of 45 off 64 deliveries with 3 fours and a six.

Ariful Islam and Md Fahim were unbeaten on 19 and 27 runs respectively before the match was called off by the organizers.

The defending champions will play against India in the semi-final on December 30th.