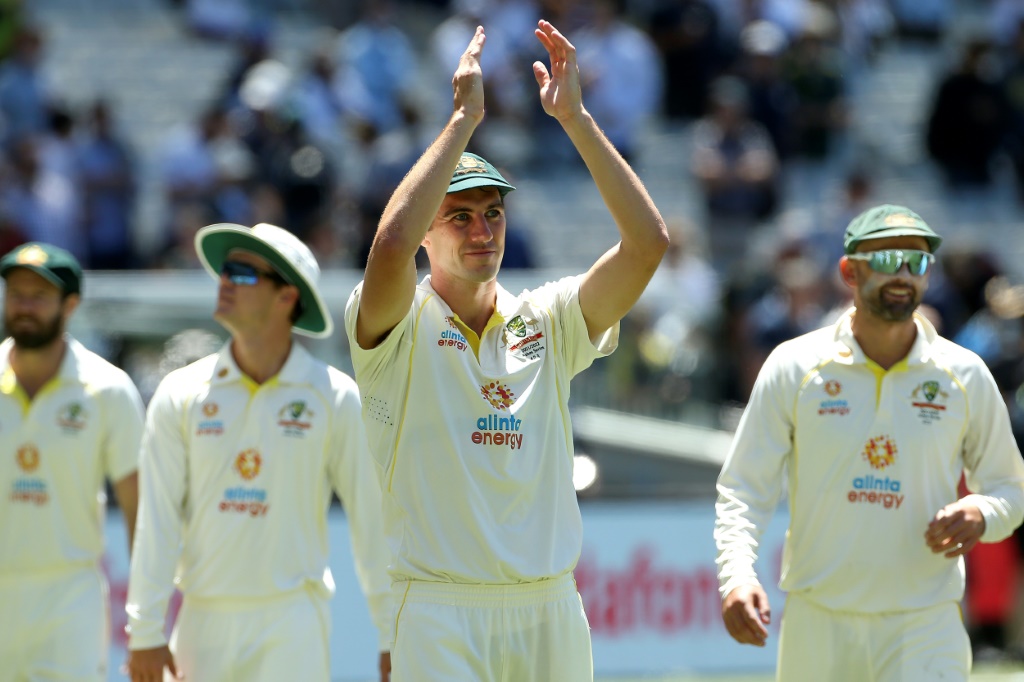 Skipper Pat Cummins said the way his team ripped England apart to retain the Ashes on Tuesday showed the strength of Australian cricket -- and warned they were only just getting started.

The Australian attack destroyed tourists England for 68 in their second innings of the third Test, with Scott Boland taking an incredible 6-7 off four overs on his debut.

It equalled the record for the fastest five-wicket haul, in 19 balls, and came after Jhye Richardson -- a late replacement for injured regular Josh Hazlewood -- took five wickets in the second Test at Adelaide.

"A great sign of the strength of Australian cricket. We were really confident Scotty would do a great job. Maybe not six for seven!" said Cummins.

"Outside of the actual results, there have been so many other positives -- a couple of debutants, a strong squad.

"These three victories really feel like we're setting ourselves up for the next few years and on."

Along with Boland, wicketkeeper Alex Carey also made his debut this series, in for Tim Paine, who stood down as captain and player in the weeks before the Ashes over a lewd text-message scandal.

Seamer Michael Neser also played his first match, in Adelaide, performing admirably when Cummins was ruled out at the last minute as a close contact of a Covid case.

Cummins said Australia's recent victory at the Twenty20 World Cup had given them the belief "that we are right up there with the best teams in the world".

"We went into the series really confident. Losing Painey obviously wasn't ideal, but as soon as we knew that was going to be the case, we knew we had our jobs to do and a lot of really confident players around that," said Cummins.

"I just feel like it's building, we have a great squad of 15 or 20 guys we're working from and I think we have got options for anywhere in the world."