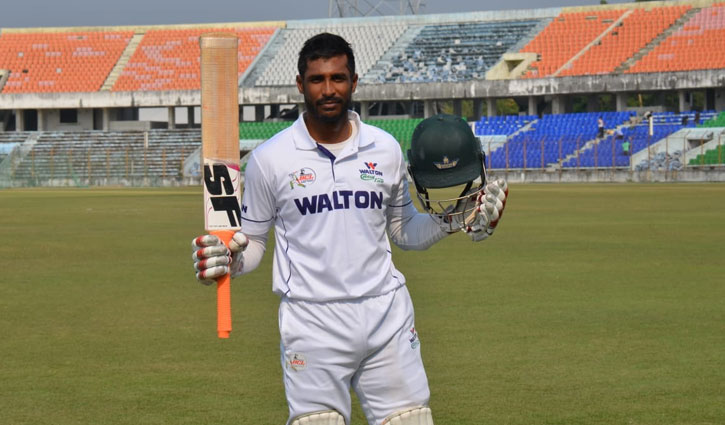 Apart from Shuvagata, Soumya Sarkar also secured a ton in the same innings as Central Zone posted 481 in their first innings against BCB South Zone.

South Zone scored 91 for one in reply at the end of day two. Pinak Ghosh remained unbeaten for 67 runs.

East Zone are trailing by 127 runs against North Zone. At the end of the second day, East Zone were batting for 17 for none in their second innings.

Earlier, Islami Bank were all out for 166 run in their first innings. In reply North Zone scored 310 for all wickets, thanks to Tanzid Hasan Tamim’s 91, while Irfan Hossain bagged a fifer for East Zone.