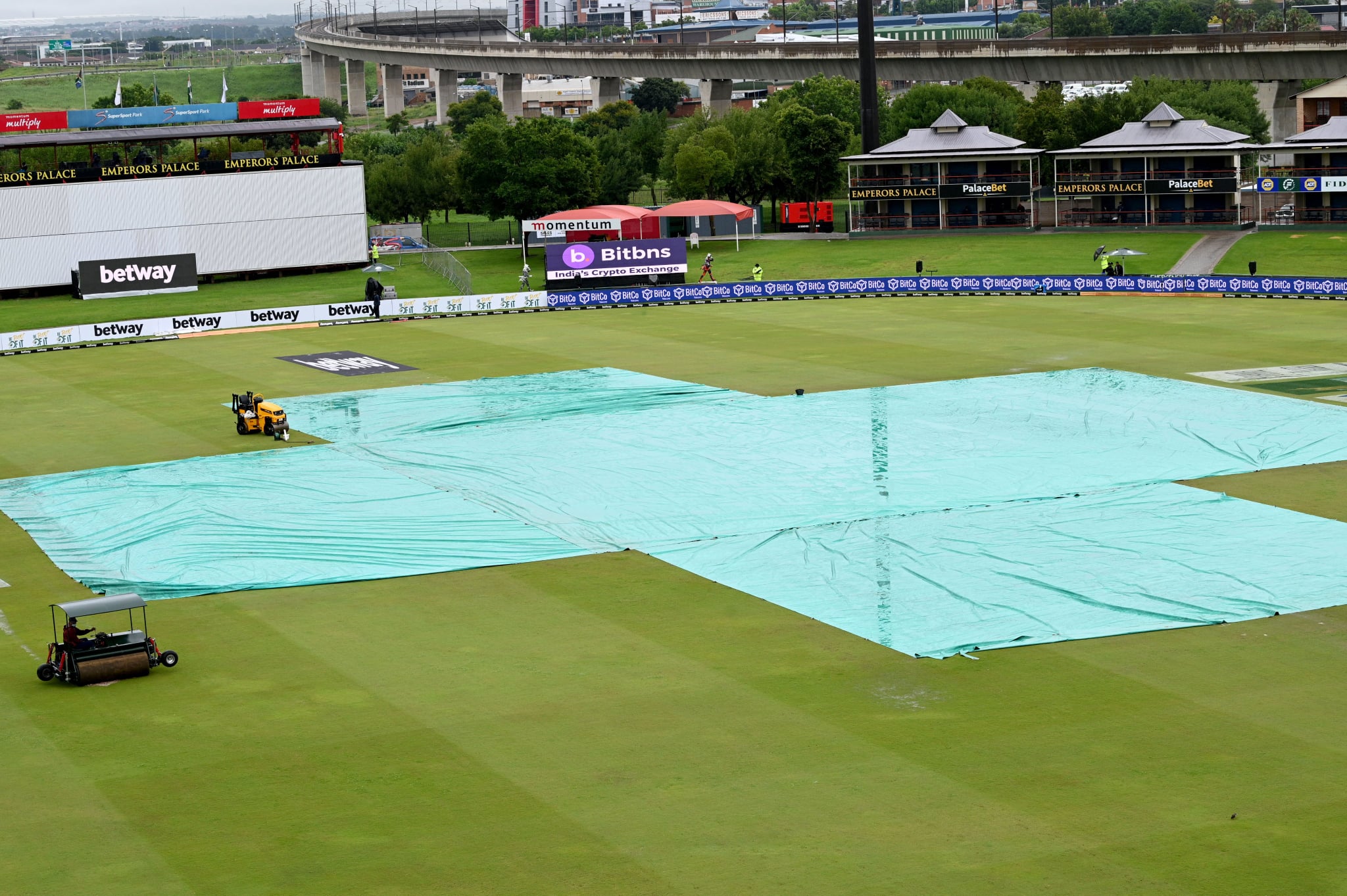 India's bid to post a daunting first innings total in the first Test against South Africa suffered a blow when rain prevented any play on the second day at SuperSport Park in Centurion on Monday.

The tourists, seeking their first series win in South Africa, were in a strong position at 272 for three at the end of the first day on Sunday but were unable to build on the platform set by KL Rahul (122 not out) and the other Indian batsmen.

It was raining at the scheduled start of play on Monday but although there were some brighter intervals, further rain together with a wet outfield caused the umpires to call off play for the day in the early afternoon.

An extra half hour or eight overs of play will be added on the remaining three days, making for a possible 98 overs a day, but Monday’s wash-out effectively means 66 overs have been lost.

Tuesday is predicted to be fine but there could be thunder showers on Wednesday and Thursday.

Fast bowler Lungi Ngidi was the one exception taking all three wickets while conceding only 45 runs.