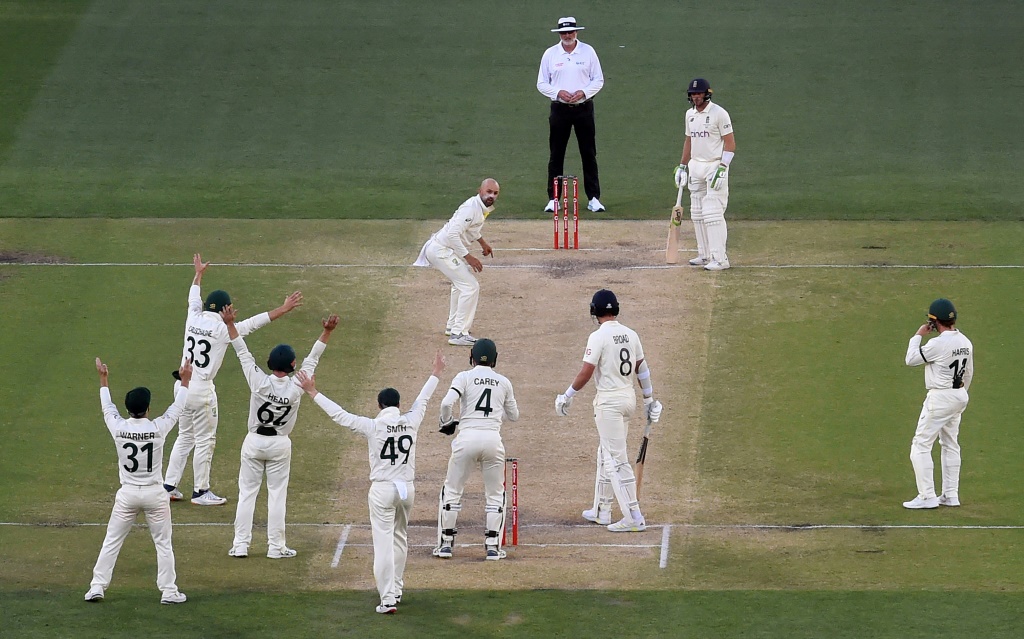 England were nervously awaiting results of PCR tests after four Covid cases in the camp but veteran Jimmy Anderson said Monday they are keen to finish the Ashes series in Australia.

Four members of the England party -- two support staff and two family members -- tested positive for coronavirus just hours before the start of day two in the third Test in Melbourne.

The team and management were then required to undergo rapid antigen (RAT) tests as they were about to leave their hotel for Melbourne Cricket Ground.

They were given the all-clear barely 45 minutes before play was due to begin, but must also take PCR tests as a precaution.

England bowler Anderson said the team was on the bus ready to leave when they were ordered off to have the RAT tests.

"As far as I'm aware, the whole playing group feel fine. We've just stepped up safety protocols around the dressing room, wearing masks and keeping distance where possible," he said after stumps on day two.

"We are all having PCR tests now and obviously we need all those to be clear, if possible, so we'll just have to wait and see what the results are."

Anderson added that the England team had not been told of the plan should anyone test positive.

Australian broadcaster the Seven Network also said there had been a positive case among its staff working at the MCG, forcing last-minute changes to their commentary team.

Driven by the Omicron variant, coronavirus cases are surging in Australia -- particularly in Sydney -- where the fourth Test is scheduled to start on January 5, before the Ashes finale in Hobart.

More than 6,000 cases are being reported daily across New South Wales state, where Sydney is located.

Nevertheless, Cricket Australia chief Nick Hockley said the plan was to press on as scheduled with the Ashes.

"That's absolutely the plan, there's nothing to suggest otherwise. We'll rely on the protocols," he told reporters, before cautioning: "It's a day-by-day proposition."

Keen to carry on

England faced a similar scenario earlier this year when the fifth Test of their home series against India was cancelled after multiple cases among the visitors’ support staff.

Anderson said he was keen to finish the Ashes series, even though England are facing another heavy defeat.

"That's the plan. Again, it's going to depend on the PCR tests and what situation that is going to leave us in," he said.

"As long as the group that was here at the ground today are negative, I don't see why we can't carry on."

Australia captain Pat Cummins, who missed the second Ashes Test because he was in Covid isolation, said the dramatic events on Monday were "a sign of the times".

"You've got to be pretty flexible," he told sports broadcaster SEN.