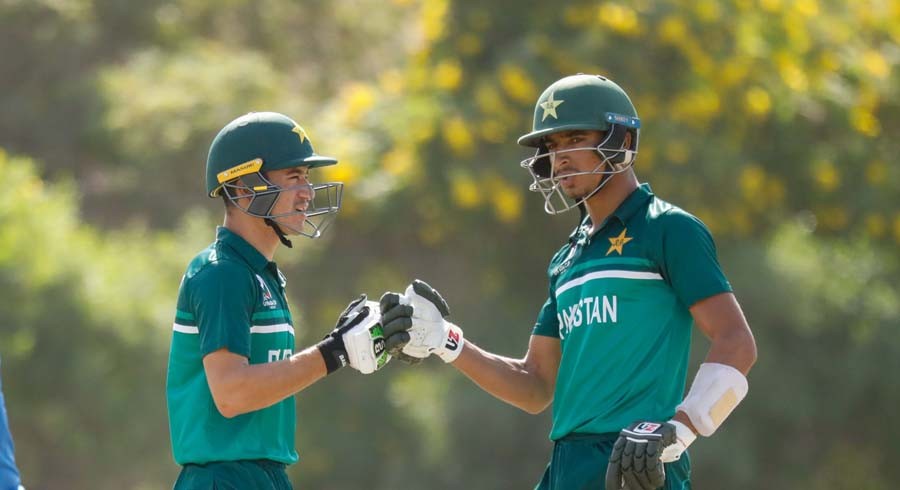 In a dramatic encounter of the ACC Men's U-19 Asia Cup at the ICC Academy Ground in Dubai, Pakistan defeated India by two wickets.

The Men in Green just needed two runs on the final ball of the game to win, and Ahmed Khan led the team to victory with a four. He hit three fours and a six in an unbroken inning of 29 runs off 19 balls.

On the last ball of the match, the team reached the 238-run target with an 8-wicket loss. Muhammad Shehzad scored 81 runs from 105 balls, including five sixes and four fours.

Pakistan had earlier bowled India out for 237 runs, with Zeeshan Zameer taking a wicket. With India on 14/3, the right-arm pacer struck three times in his opening two overs.

Awais Ali got the better of Nishant Sindhu in the eighth over. India recovered nicely and formed a couple good partnerships.

Harnoor Singh, the game's centurion, produced an important 46 off 59 balls, while wicketkeeper Aaradhya Yadav made fifty off 83 balls.

They finished strongly, with Kaushal Tambe getting 33 and Rajvardhan Hangargekar scoring 33 in just 20 balls.

Zeeshan finished with 5/60 for Pakistan, while Awais finished with 2/43 for the country. Qasim Akram, the captain, and Maaz Sadaqat both took a wicket.

Shehzad was awarded Player of the Match for his brilliant knock while chasing.

It must be noted that Pakistan have now two wins out of two matches in the event. They defeated Afghanistan by four wickets on December 23.