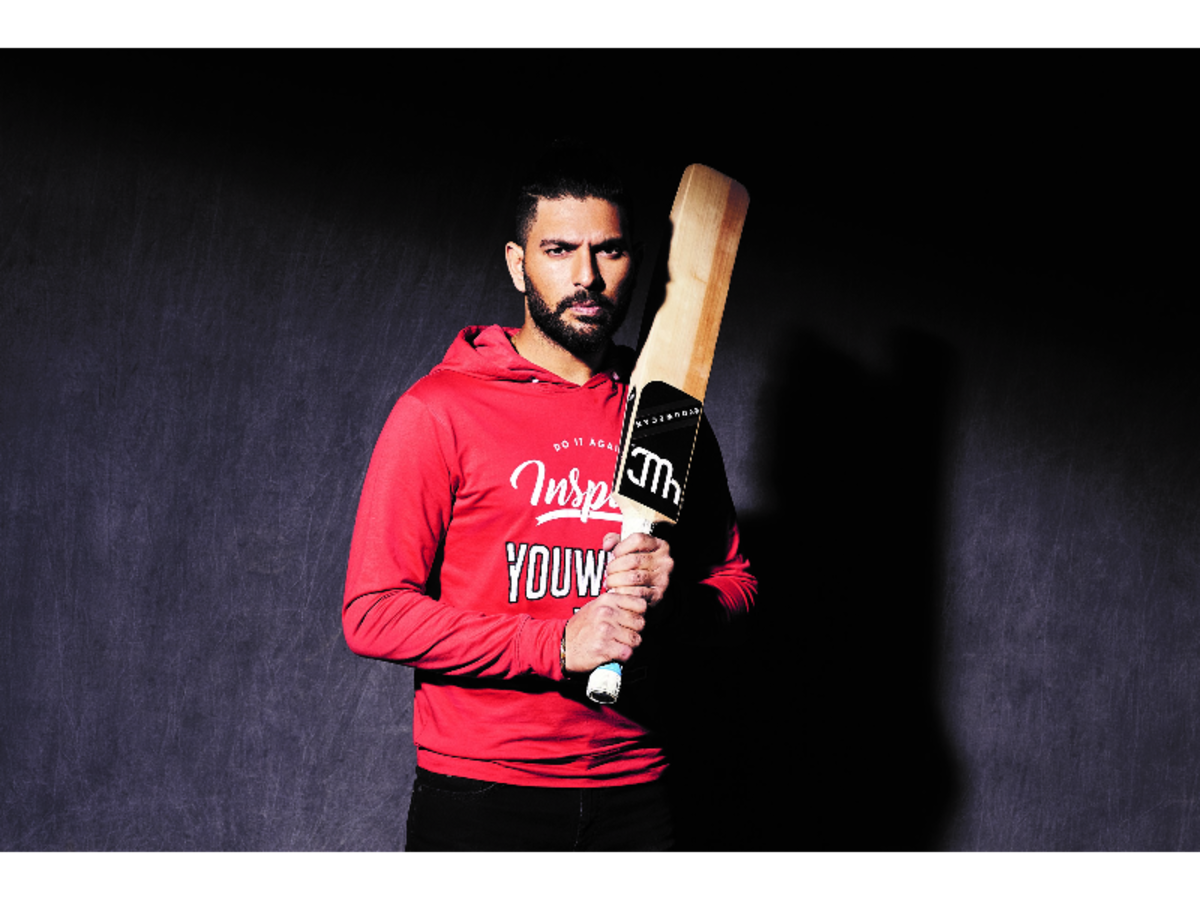 We all have seen Yuvraj Singh's impeccable cricket as he hits balls off the ground with unmatchable sixes. But for the first time, the cricketer has been seen traveling in space. Well, sort of.

A never-before-realised personalized video dedicated to fans was also released showcasing entire space journey of Yuvraj Singh's iconic bat with which he scored his maiden ODI century for India in 2003.

For the first time, Colexion, Asia's biggest NFT marketplace, stepped ahead to push boundaries in space and launched satellite NFTs carrying prized possessions of the legendary India cricketer Yuvraj Singh in the metaverse last week. Colexion partnered with the 2011 ODI World Cup-winning batsman Yuvraj to release his own NFTs with augmented reality for this ground-breaking initiative.

A hot-air balloon was launched from earth to orbit carried Yuvraj Singh's iconic bat, which he used to register his first-ever century in the 2003 ODI match against Bangladesh in Dhaka.

Moreover, a never-before-released personalized video of Yuvraj Singh bat's entire space journey will be made accessible for fans, as it becomes the first minted NFT ever to be sent in orbit. The video will be uploaded on Colexion's official website in the last week of December.

While speaking about his journey to space, Yuvraj, who is also an investor in Colexion, says, “I am excited to share my first NFT space journey exclusively on Colexion. Connecting with my fans on a new platform like this is exciting and I look forward to share some of my most cherished possessions like the first century bat.”

“I have always wanted to be closer to my fans and I am happy to partner with Colexion to be able to share these precious tokens from my cricketing journey with the people who have loved and encouraged me every step of the way. I look forward to engage with them in my Colexion digital avatar," he added, signing off from space.

After this, Yuvraj will drop his first NFT that will be live on 25th December 2021. The NFT will contain a 3D version of the cricketer along with his signed 1st-century bat to be made available for his beloved fans. Furthermore, Colexion is creating a one-of-its-kind Virtual NFT Museum for all the NFTs of Yuvraj where his fans can be a part of his life's journey. Further, the cricketer's signed merchandise will be offered as giveaways on the platform as NFTs.

Speaking about the initiative, Founder Abhay says, "We'll launch an autographed cricket bat along with a 3D statue of the cricketer, providing an exclusive opportunity to fans to own his digital collectibles. Colexion enables fans to witness this historic event and become a part of this massive revolution. We are creating interesting digital spaces for him to engage with his fans who will also be now able to 'own' special moments of his career."

Through this historic initiative, Colexion aims to establish its footprint by becoming the first-ever NFT marketplace to launch exclusive NFT in space through high-end technology and innovation.

NFT stands for non-fungible tokens- one-of-a-kind, blockchain-based assets that live on the blockchain and have become a blossoming business in the art world, with some selling recently for millions of dollars.

Colexion is a platform that allows fans to buy, trade, and sell unique digital collectibles in the form of non-fungible tokens (NFTs). An NFT is a form of crypto asset which uses blockchain to record the ownership status of digital objects, such as images, videos, and text. And Colexion through unique trump cards enables fans to own NFTs of their favorite player or celebrity. Interestingly, sports NFTs are quite the buzz— today's card collectors have shifted their attention to sports NFTs that offer proof of unique ownership of a video, photo, or other digital capture of an important moment in sports history.

Earlier, Colexion has launched the world's largest NFT drop of 30 celebrities in the form of trump cards, including music composer duo Salim-Sulaiman, cricketers Varun Chakravarthy and Dwayne Bravo, and Bollywood and TV stars Tanuj Virwani and Aamir Ali, among others. Launched by Colexion, interactive trump cards contain photos and models in 3D and 2D formats of the celebrities.