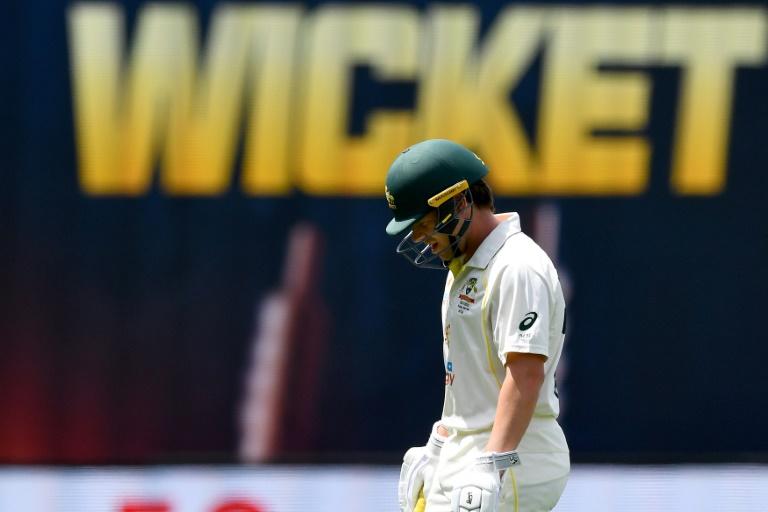 Harris's Test career appeared in doubt after another failure in the day-night second Test at Adelaide this week, where he made just three and 23 as Australia thumped England by 275 runs.

It followed just 12 from two innings in the home team's nine-wicket win at the first Test in Brisbane.

But Langer said he still had faith that the 29-year-old would succeed alongside David Warner, who has had multiple opening partners during his 10-year Test career.

"He'll play in the Test, no worries about that," Langer said. "This is his home ground. He's played a lot at the MCG.

"He hasn't made the runs he'd like to so far, but he dominates domestic cricket. So he knows that he knows how to play.

"For him and for us we're hoping he plays well and gets a good partnership with Davey Warner in this Boxing Day Test match."

Finding a long-term partner for Warner has been a problem since Chris Rogers' retirement after the 2015 Ashes, with Harris averaging just 22.19 from his 12 Tests, and a top score of only 79.

Langer said it was important for Harris's confidence to keep a settled line-up.

"That's absolutely one of the most important things in life, knowing people have got your back," he said.

"My experience, when Steve Waugh, Ricky Ponting, Mark Taylor or Allan Border said 'you're in the team', you feel like Superman.

With Harris a confirmed starter, Australia's only question mark is over their bowling unit.

Captain Pat Cummins missed Adelaide after being a close contact of a Covid positive case, but is set to return.

This is less certainty around Josh Hazlewood as he continues to recover from a side strain, while the fitness of Jhye Richardson and Michael Neser is being assessed.

Left-armer Starc, who spearheaded the attack in Adelaide with match figures of 6-80, has a rib concern.

But Langer said he expected him to line up in Melbourne on Sunday as Australia look to clinch the five-Test series.

"He should be fine, he's tough. If he's not right, we'll look at it, but at this stage there's no indication he won't be playing in the next Test match," said the coach, who praised Starc for leading from the front in the second Test.

"I honestly thought Mitch Starc was almost the man of the match last game.

"The way he controlled the tempo of the last game was a credit to him, particularly with Patty and Josh Hazlewood not playing, he did a fantastic job."

Fast bowler Scott Boland has been added to the squad as injury cover.