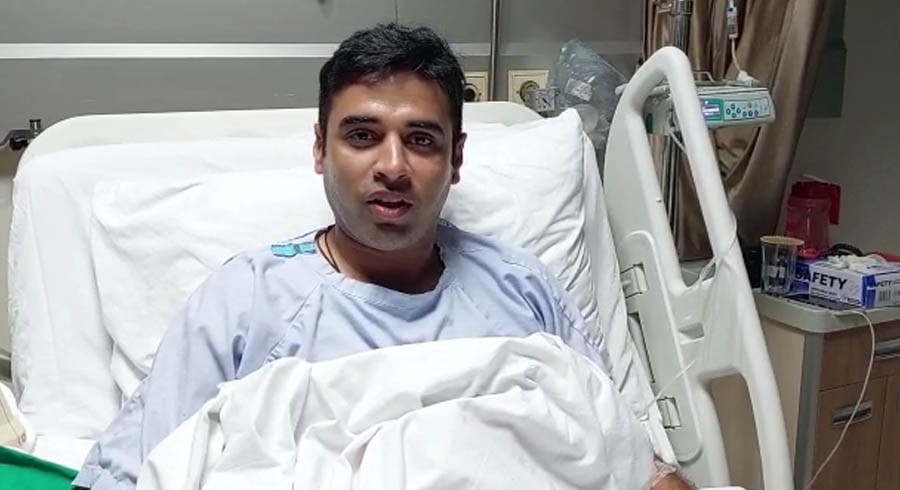 Pakistan batsman Abid Ali has undergone an angioplasty a day after he was hospitalized after complaining of chest trouble while batting in a Quaid-e-Azam Trophy match.

The 34-year-old will have another angioplasty tomorrow before being released from the hospital. Abid claimed he was doing well in a message from his hospital bed this morning, and urged his supporters to pray for his recovery.

On Tuesday evening, a PCB statement had said that Abid had been diagnosed with Acute Coronary Syndrome or ACS.

"He is under the care of Consultant Cardiologist who is liaising with PCB medical team regarding further treatment. He is currently stable," the statement read. ACS is often used to describe a range of conditions resulting from a sudden, reduced blood flow to the heart.

Following the recent Bangladesh trip, when he was named Player of the Series for the Tests after collecting 263 runs at an average of 87.66, Abid returned to his provincial team, Central Punjab.

He had scored 766 runs at an average of 51.89 with three hundreds in his sixth first-class game of the season.

The right handed batter had achieved the half-century mark on the final day of the ongoing game at UBL Complex in Karachi when he complained of discomfort in his shoulder and chest area and was transported to the hospital.