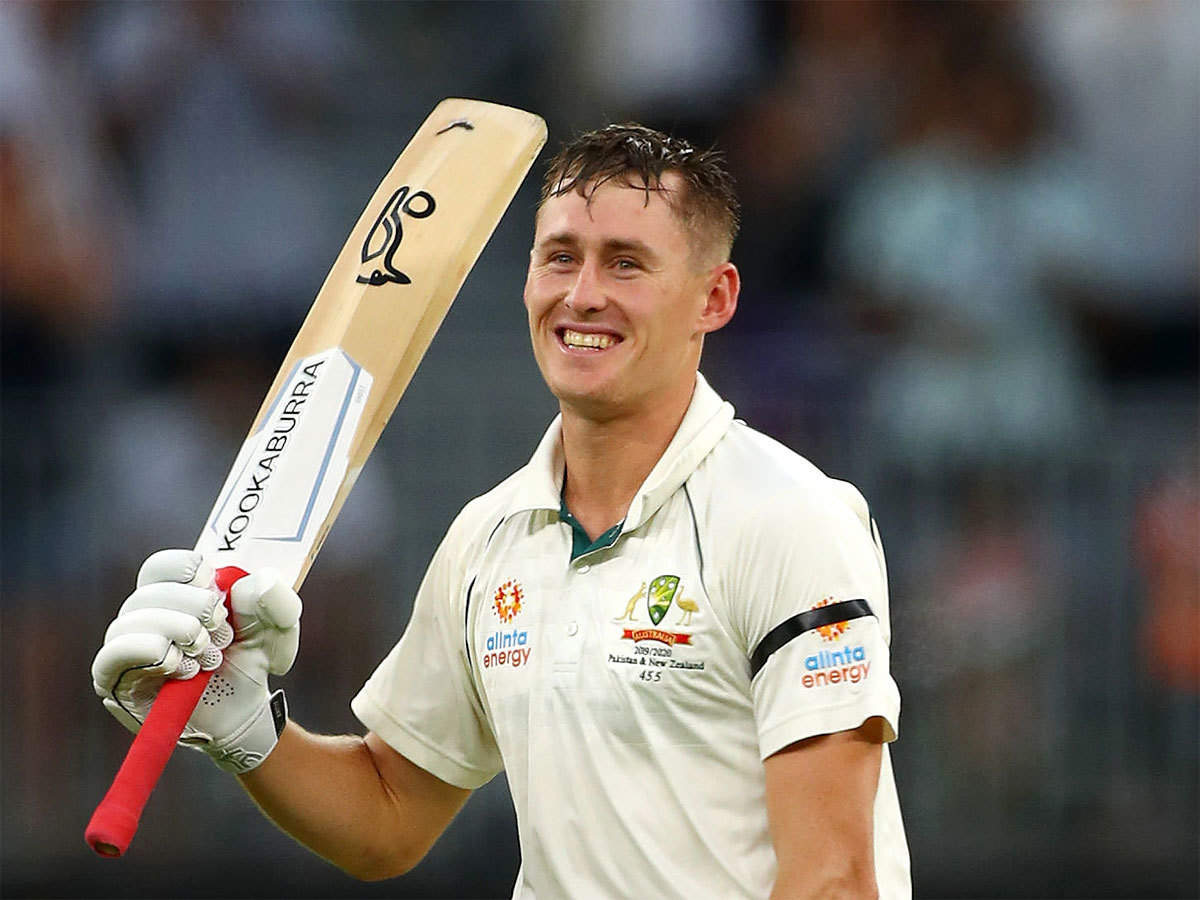 Marnus Labuschagne and Babar Azam have risen to the top of the MRF Tyres ICC Rankings for batters in Tests and T20I respectively.

Australia middle-order batter Marnus Labuschagne has climbed to the top of the ICC Test Player Rankings for batters for the very first time after sensational performances in the two matches of the Ashes so far.

With career-best 912 rating points, he goes past Joe Root (897) who drops to the second spot.

Ranked fourth before the series, Labuschagne rose two spots to No.2 after scoring 74 in Australia's win in the Brisbane Test. In the second Test at Adelaide, he scored a hundred and fifty (103 and 51) as Australia routed England by 275 runs to go 2-0 up in the Ashes.

His teammate Mitchell Starc broke into the top 10 for Test bowlers after returning figures of 6/80 in the second Test, which included a four-for in the first innings that helped reduce England to 236. He moves up to the 9th spot.

Starc was also quite handy with the bat in both the innings, scoring 39* and 19, which sees him climb a spot in the Test all-rounders' ranking to No.6.

For England, captain Root attained his career-best rating in the rankings for all-rounders, rising two spots to No.10 after scoring 86 runs and picking three wickets in the second Test.

In the Player Rankings for T20Is, Pakistan captain Babar Azam reclaimed the top spot in the list for batters after just one week of losing it.

With scores of 0 and 7 in the first two T20Is against the West Indies, Bazar dropped two spots to No.3 in last week's rankings update. He came roaring back and is now tied at the top of the rankings with Dawid Malan after a brilliant 79 in the final T20I that helped Pakistan complete a clean sweep over West Indies.

His fellow opener Mohammad Rizwan, who has had a tremendous 2021, capped the year by climbing to No.3 in T20I batters' rankings with career-best ratings of 798. Rizwan was the Player of the Match in the final T20I against West Indies, helping his side chase 208 in less than 19 overs with a brilliant 45-ball 87.