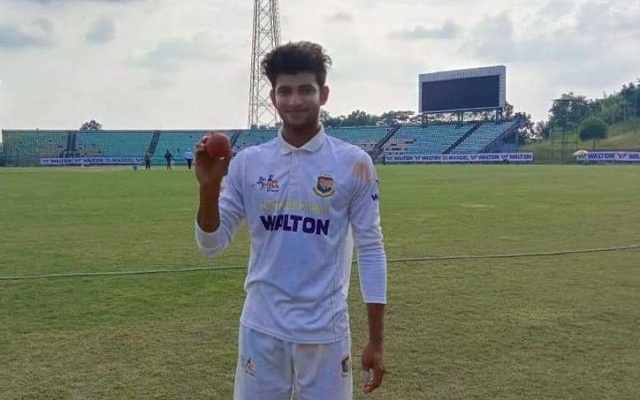 Walton Central needed 112 runs on the last day to win, with 9 wickets in hand but on the last day of BCL, the Central Zone was crushed by one man. On Wednesday, Nayeem Hasan's magic seal victory for Islami Bank Eastern by 10 runs.

Central zone started the fourth day of the Bangladesh Cricket League (BCL) on Wednesday after trailing by 112 runs.

Mohammad Mithun opened the day with 42 off 54 balls and Soumya Sarkar with 33 off 69 balls. Although they managed to pick up two half-centuries, they could not settle down.

As soon as they returned to the dressing room, Central have lost 8 wickets before going to lunch break. Even then 27 runs were needed to win. But after lunch, they lost two wickets quickly, the victory was guaranteed for the East Zone.

Soumya scored 78 runs off 139 balls for the central zone and 60 runs from 98 balls came from Mithun's bat.