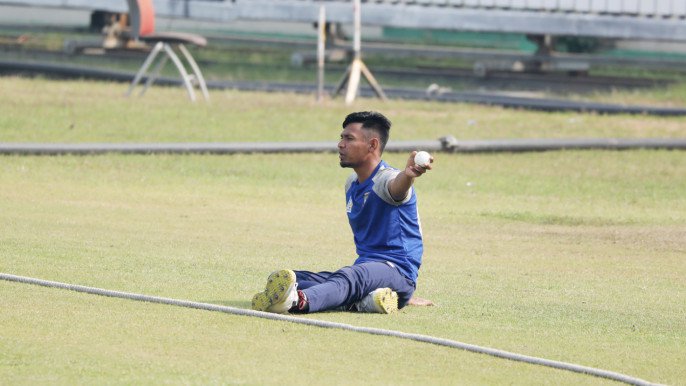 Mustafizur Rahman had been in great form going up to the ICC Men's T20 World Cup in 2021, but he was far from his best during the competition. In the latter stages of the tournament, he was dropped due to his poor performance with the ball.

After suffering a side strain during the second T20I, the left-arm seamer was declared out for the remainder of the recently finished home series against Pakistan.

Mustafizur, despite not being part of any ongoing Bangladesh Cricket League (BCL) team, turned up at the stadium today (Sunday) to train ahead of his comeback. The left-arm seamer practiced for 45 minutes.

Mustafizur's training regimen revealed that he is not completely fit at the moment. He has begun to bowl, but not at full speed.

Dr. Debashish Chowdhury, the chief physician of the Bangladesh Cricket Board (BCB) stated that Mustafizur needs some more time to recover.

"He is yet to get back to his full rhythm. He bowled at a slower pace and his run-up was shorter. He will have a gym session tomorrow and then increase the intensity the next day. For now, there is no pain while bowling," Debashish said.

Mustafizur is likely to return to action in the upcoming Bangladesh Premier League (BPL).

"He will increase the intensity gradually. If he continues to feel no pain, then we will be able to decide when he will possibly come back. We will monitor his progress. He himself will understand as well. Everything will be clear in a few days," added Debashish.

The BCB is planning to start the BPL on 20 January.