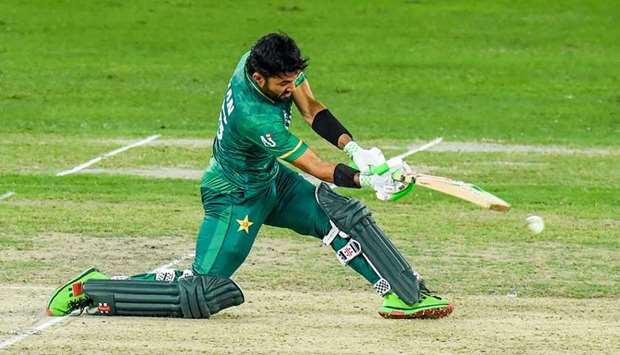 Pakistan wicketkeeper-batsman Mohammad Rizwan has signed for Sussex for a large part of the 2022 season, the English county cricket club announced on Thursday.

Rizwan will join the club following Australia’s tour of Pakistan, which ends in early April, and will be available for both first-class County Championship fixtures and Twenty20 cricket until the end of the T20 Blast in mid-July.

The 29-year-old averages over 43 with the bat in first-class cricket, including nearly 1,000 runs in 19 Test matches at an average of more than 42.

In 54 T20 internationals, Rizwan averages a stunning 50 with the bat at a strike-rate of 126.6. He has enjoyed a stellar 2021, becoming the first batsman to score over a thousand T20I runs in a calendar year

"In my heart, I know our young team has the potential to beat any team," he said in a club statement. "Our strength lies in our hard work, honesty, deep commitment, and self-belief. We can win, we will win, and we will play like champions, no matter what."

Ian Salisbury, Sussex's Championship and one-day head coach, said: "Mohammad’s first-class and Test records speak for themselves and it’s a huge coup to welcome him to Sussex for a big chunk of next season's Championship."

He added: "He and (Australia's) Travis (Head) are exactly the kind of experienced, international cricketers that our emerging lads can learn a huge amount from."