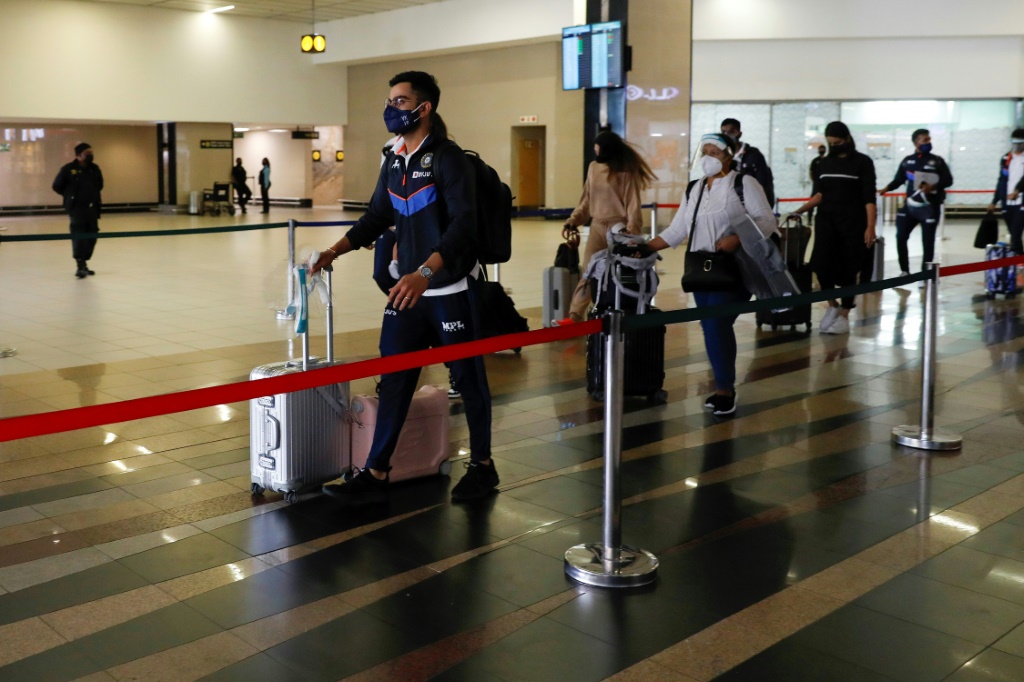 The Indian cricket team arrived in Johannesburg on Thursday and headed straight for their bio-secure base at the start of a curtailed South Africa tour.

India will play three Tests and three one-day internationals despite a surge in coronavirus cases in South Africa, but four planned T20 internationals have been dropped from the original schedule.

The official CSA twitter account posted pictures of the players arriving and then boarding a bus which took them to a bio-secure location within easy reach of the venues of the first two Tests, Centurion and Johannesburg.

The first Test starts on December 26, the second on January 3.

The Indian team will then fly to Cape Town for the third Test starting on January 11 and will stay in the same accommodation in the city for the one-day games in Paarl and Cape Town.

The Indians flew on a chartered aircraft and will be confined to their hotel and the cricket grounds in a country which has had a rapid rise rate of Covid infections following the identification of the Omicron variant.

The country's Department of Health reported 26,976 new cases on Wednesday but Cricket South Africa medical officer Shuaib Manjra is confident that the series will not be affected by the pandemic.

Dr Manjra said on Tuesday that new guidelines had been agreed by CSA and the Board of Control for Cricket in India.

Because all the squad members are fully vaccinated, anyone testing positive during the tour will be able to isolate in their hotel room instead of having to leave the "bubble", unless they have severe symptoms. Close contacts will be able to continue training.

The tour is of crucial importance to the cash-strapped host body, which announced a R221-million (about $13.8-million) loss at its annual meeting in October.

Although the T20 games were earlier this month cut from the original schedule, the India tour is expected to earn CSA about R600-million (about $37.5-million) in broadcast fees and other income.

It is not yet clear whether spectators will be able to attend matches.

The South African government currently allows a maximum of 2,000 people for outdoor gatherings but revised regulations are expected to be announced soon following the recent surge in coronavirus cases.