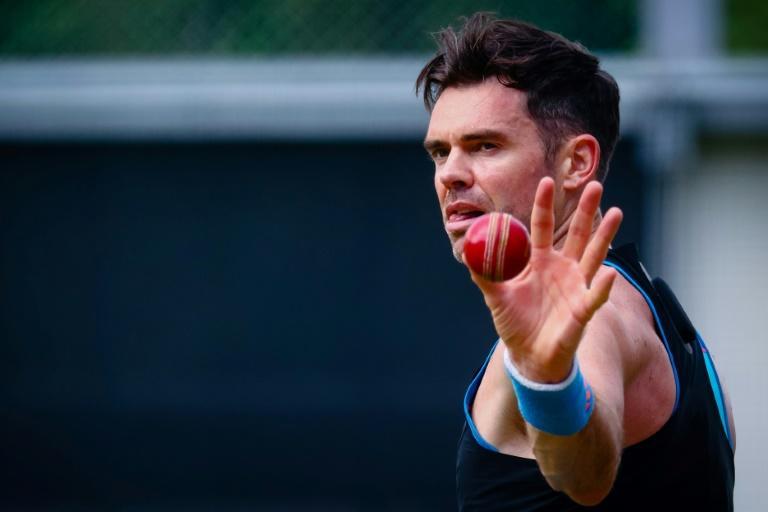 Bowling great Jimmy Anderson said Wednesday he wants to play all four remaining Ashes Tests after he and Stuart Broad were included in England's 12-man squad for the second Test against Australia this week.

The two greatest wicket-takers in England Test history, with 1,156 scalps between them, were controversially left out for the series opener at Brisbane, where they crashed by nine wickets inside four days.

But both are back in the frame for the clash under lights at Adelaide starting Thursday, where the pink ball's extra movement should suit their game.

Their return means speedster Mark Wood, who impressed in Brisbane, has been rested with selectors opting instead for fellow pacemen Ollie Robinson and Chris Woakes.

They also kept faith with spinner Jack Leach, who was punished in Brisbane but could come into his own on Adelaide's traditionally spin-friendly wicket.

A final decision on who to omit will be made at the toss after a last look at the wicket on what is forecast to be a fine, dry day.

"I think the gaps between the next few Tests, it might be a bit easier to get that rest in between and make sure everyone's fresh, but that's something out of my control.

"I've just got to do my best if I get picked tomorrow."

The non-selection in Brisbane of Anderson and Broad, who has 524 Test wickets, sparked disbelief among pundits and cricket fans, with former Australian captain Ricky Ponting among them, saying he was "staggered".

Lancashire seamer Anderson admitted to being disappointed at not playing, but also said he understood the bigger picture, given he was in the twilight of his career.

"All I can do is try and prepare as well as I can and stay fit and the last few years I've certainly been managed a bit more, missing the odd game to try and make sure I stay fresh for a long series," said the 166-Test veteran.

"So that's something I've got used to I guess over the last few years."

Australian captain and fellow fast bowler Pat Cummins said Anderson was always a handful, but his players were ready for what he would throw at them.

"He's fantastic, it's just the longevity that's really impressive ... he's been at it for over two decades and just shows that it's possible to keep going into your late 30s and still be at the top of your game," he said.

"He's obviously going to bring a lot of experience and class to their line-up if he plays. He's going to be a challenge but he's someone that our batters are really familiar facing."