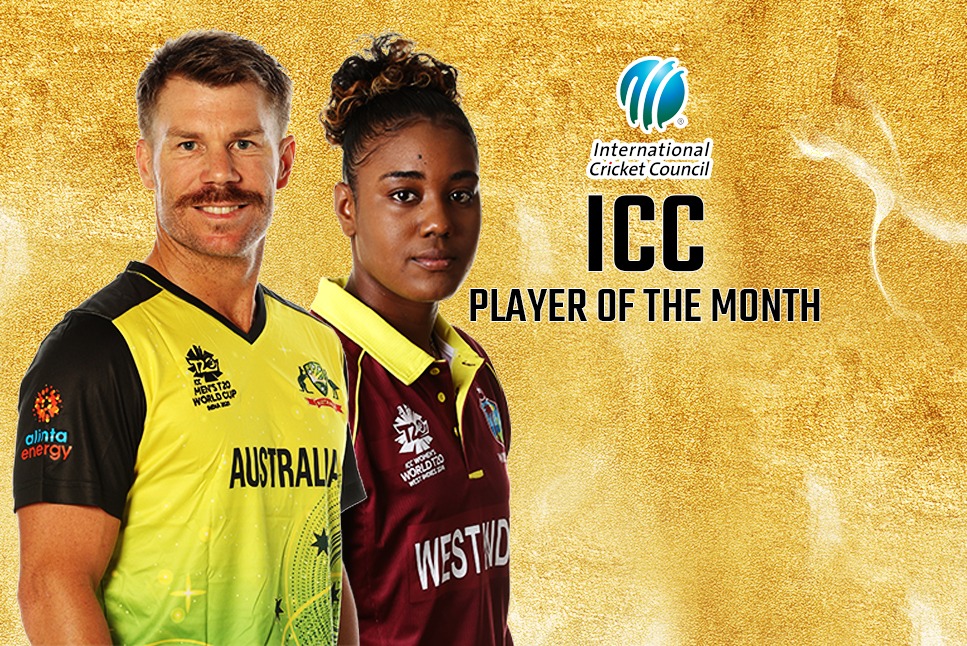 Australia opener David Warner and West Indies all-rounder Hayley Matthews were voted the ICC Players of the Month for November.

In four ODIs in November three in the bilateral series against Pakistan and one in the ICC Women’s World Cup Qualifier against Ireland – Matthews scored 141 runs and claimed nine wickets, including a stunning 4/26 against Pakistan in Karachi.

This is the second time Matthews has been nominated for the Player of the Month award – she was last in contention for the award in July, when the West Indies captain Stafanie Taylor won the prize.

Warner, nominated for the ICC Men’s Player of the Month award alongside Pakistan’s Abid Ali and New Zealand’s Tim Southee, emerged victorious with the most votes, following his crucial role in Australia’s triumph in the ICC Men’s T20 World Cup 2021.

Warner was the Player of the Tournament at the marquee event, following a series of stunning displays that helped Australia to the title. In all, he scored 289 runs at an average of 48.16 and a strike-rate of 146.70 in seven matches. Four of those came in the period under consideration for the award, during which he scored 209 runs at a stunning strike-rate of 151.44.

He scored a half-century in the final against New Zealand, a crucial 49 in the semi-final against Pakistan, and was named Player of the Match in the Super 12 clash against West Indies, when he smashed an unbeaten 89.