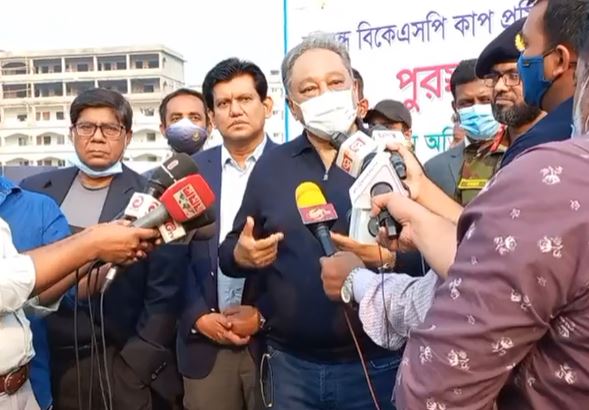 Bangladesh cricket team have been facing many difficulties on the field and off-field for a long time and the team management was highly criticized for many decision. Bangladesh Cricket Board (BCB) president Najmul Hasan Papon said the team management has asked for three months to resolve all the ongoing issues with the current team.

The BCB boss said this during the prize ceremony of the Women T20 cricket tournament at BKSP on Saturday. He said the coming year is going to be difficult for the side as they are set to play away series’ next year.

“Next year will be very difficult for Bangladesh cricket. As players are now moving from one bio bubble to another. Before that we used to play most of the series at home, now we have to play away series ahead,” said Papon.

He also said the Bangladesh cricket team is going through a 'transition phase'. Since the senior cricketers including Shakib al Hasan, Tamim Iqbal are not being available for every series. Therefore, the management has been given three months to make their alternatives faster.

“We have to play against opponents who we have never played before. So, the newcomers have to adapt to this new experience. That is why it will take some time. The management has requested for three months so I have given three months to rebuild,” he said.

“Our team is fairly fixed. But there was no Tamim-Shakib-Riyad in the Test team for New Zealand tour. It will put some impact on them. Also, Mushfiqur and Liton Das are not playing well, so we have to give a chance to someone new in their place. The management will made various changes in the team while doing that,” he added.