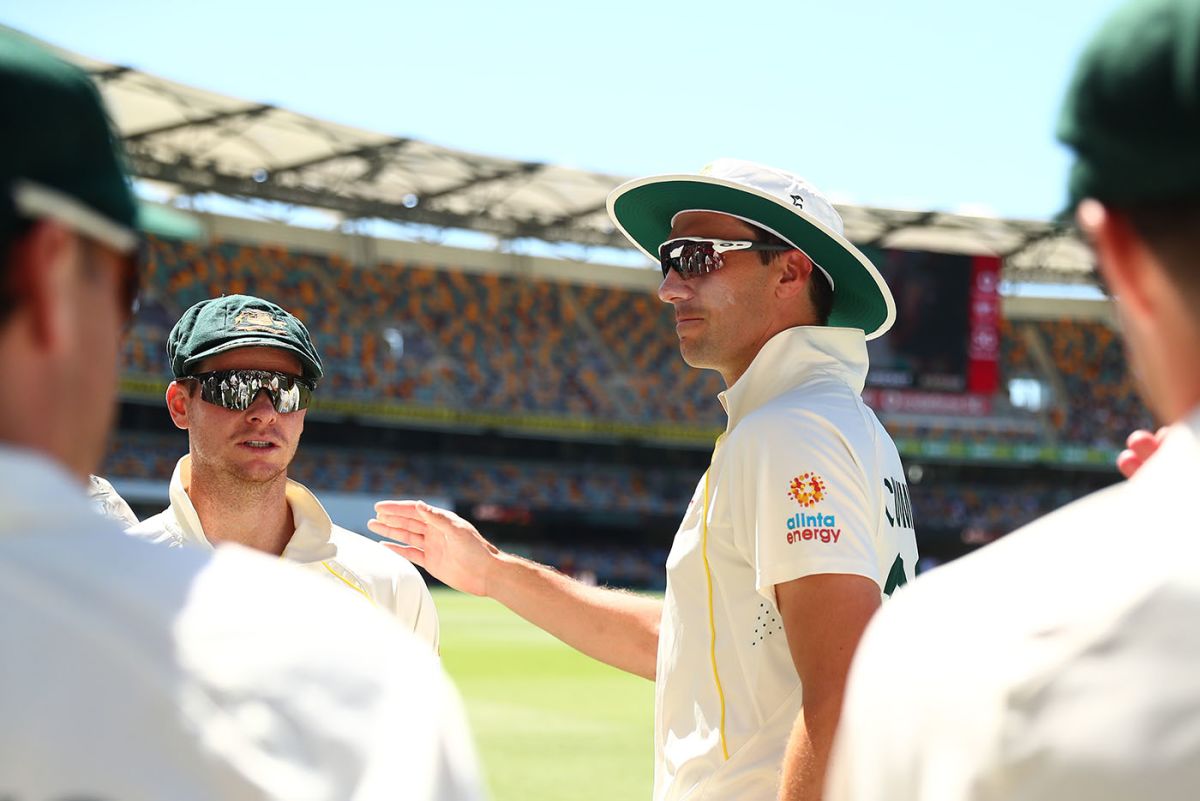 Captain Pat Cummins said his Australian team's cool under pressure was crucial in propelling them to victory in the first Ashes Test against England at the Gabba on Saturday.

Speaking after a nine-wicket thumping of the old enemy, Cummins said that while Joe Root and Dawid Malan batted superbly to put England in a promising position after day three, he had always felt a sense of calm.

Malan and Root fell early on day four and English resistance crumbled soon after, giving the hosts a convincing 1-0 lead in the five-Test series.

"I felt like everything went our way on day one and two," Cummins, in his debut as Australian Test skipper, said.

"So (the partnership) was a good reminder that it's Test cricket -- there are going to be good days out there, you play against the best players in the world and they are going to have good days.

"I was happy with how we stuck at it. We were really calm this morning. We were ahead of the game and there was no panic.

"We got our rewards this morning for the hard work we did yesterday."

After England were bowled out for 147 on the first day and Australia responded with 425, Root and Malan's partnership threatened to set Australia a challenging fourth-innings run chase.

But Nathan Lyon dismissed Malan for 82 and soon after Cameron Green took the vital scalp of Root, caught behind for 89. England never recovered.

Cummins said having the towering Green in the side was "huge".

"Not only as an all-rounder but as a genuine fourth quick," Cummins said.

Australia have two injury concerns ahead of the second Test, which begins in Adelaide on Thursday, with fast bowler Josh Hazlewood and opening batsman David Warner both complaining of soreness.

Cummins said Hazlewood had a slight side strain and Warner bruised ribs from being struck by Mark Wood while batting.

He said while Warner would be okay to play, there were some concerns about Hazlewood.

"I think we'll wait to see how he pulls up in the morning," he said.

"The main concern is we don't want to put him in jeopardy for the whole series so we'll take our time (making a decision)."