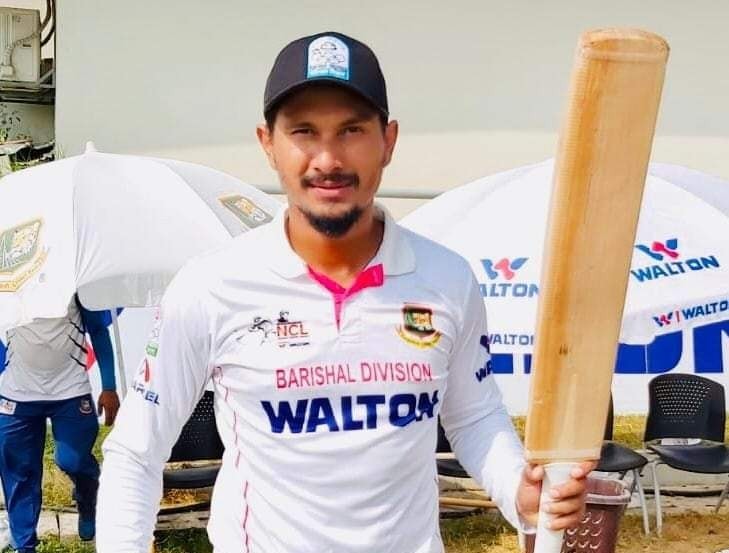 Fazle Mahmud, an uncapped all-rounder, has been added to Bangladesh's squad for their forthcoming tour of New Zealand, replacing star all-rounder Shakib Al Hasan, who has opted out of the two-Test series due to personal reasons.

This is the 33-year-first old's call-up to the Test squad, following a remarkable performance in the recently concluded National Cricket League (NCL), in which he remained the highest scorer with 630 runs at an average of 60.30.

Shakib was selected in the first 18-member team named for the New Zealand tour, despite verbally conveying his unavailability to BCB.

BCB, on the other hand, later verified that Shakib's formal leave application had been accepted.

Fazle, on the other hand, played in two One-Day Internationals for Bangladesh against Zimbabwe in 2018, but failed to make an impression as he was dismissed for ducks in both games.

Bangladesh will depart for New Zealand in the early hours of tomorrow (1am BD time) for the series, which is part of the ICC World Test Championship cycle 2021-2023. The first Test will take place on January 1 in Tauranga, with the final Test taking place on January 9 in Christchurch.