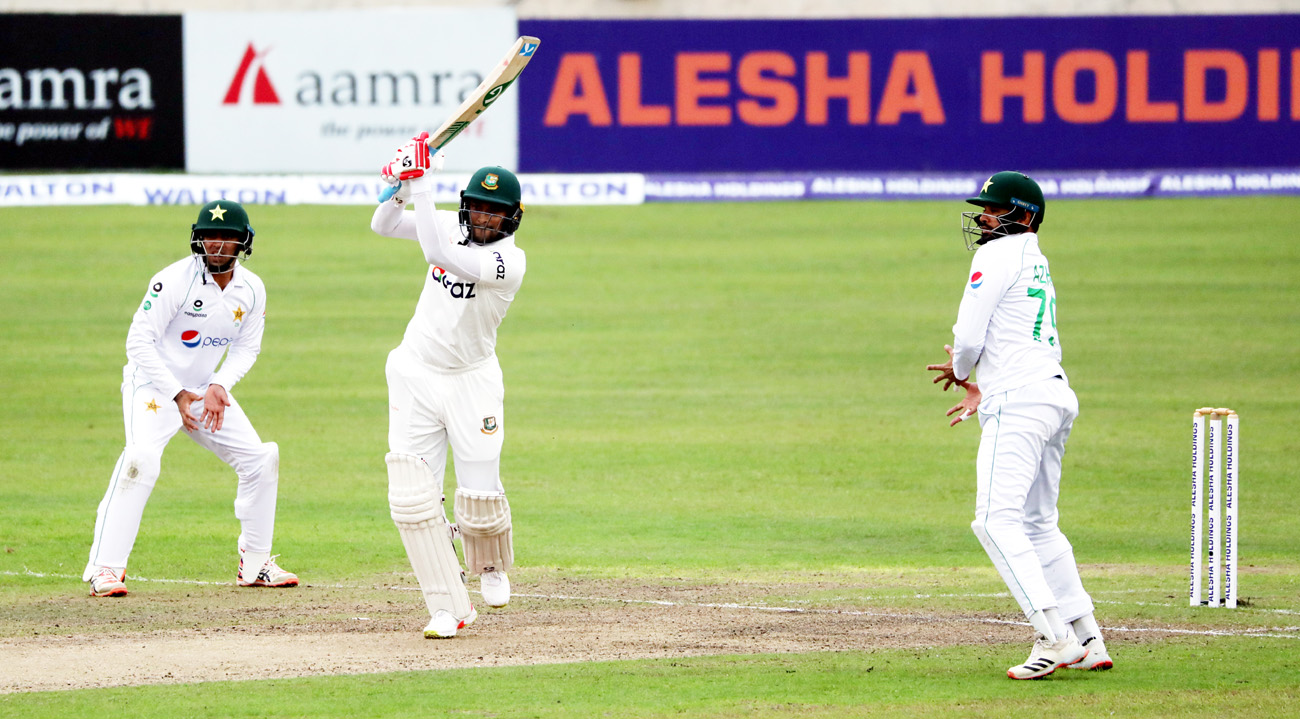 Ace all-rounder Shakib Al Hasan has set a new career-high by becoming the fastest player to reach the elite club of Test cricketers with 4000 runs and 200 wickets.

Shakib was 34 runs short of the milestone on his 59th appearance for the Tigers in the longest format, after scoring a team-high 33 in the first innings of the Dhaka Test yesterday [Tuesday].

With an inside-out drive to Sajid Khan for a boundary in the 56th over of the second innings, the champion performance joins the likes of Gary Sobers, Ian Botham, Kapil Dev, Jacques Kallis, and Daniel Vettori in the distinguished company.

The left-hander, who is now batting in the penultimate session of the Test against Pakistan in the hope of salvaging a draw against the odds, has played in 10 less Tests than Botham, who achieved the double feat in 69 appearances.

Despite not having taken a wicket in the current Test, Shakib has 215 wickets to his name, 20 fewer than Sobers.