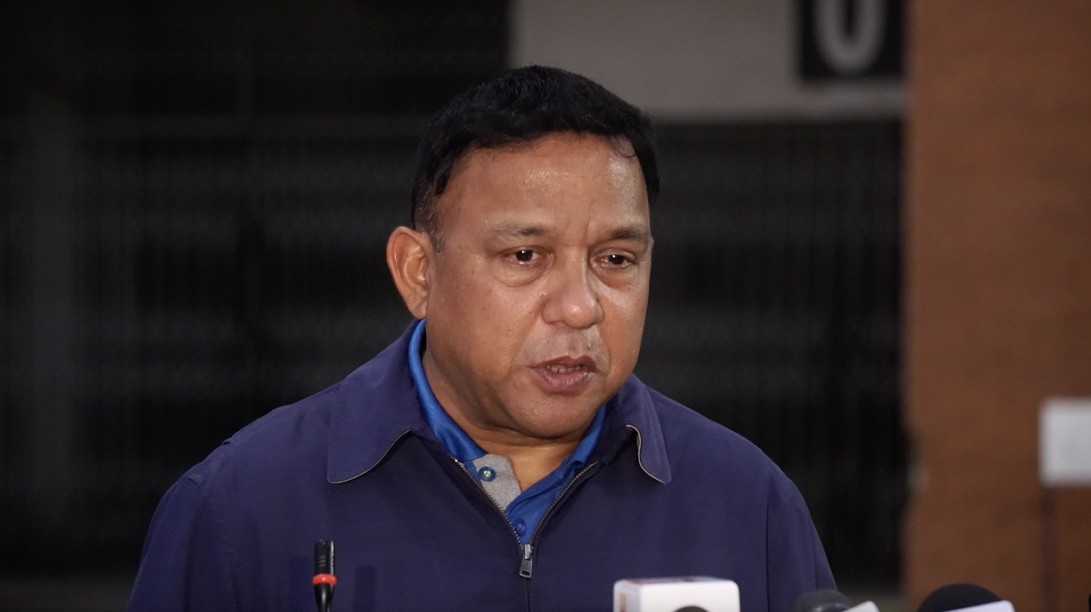 Bangladesh cricket team director Khaled Mahmud Sujon stated that the country will only obtain a Test-level bowler if Allah grants it.

After yet another disastrous day of Test cricket from Bangladesh, the former national skipper could not disguise his displeasure and conveyed his displeasure to the journalists.

The hosts put up a pitiful performance in the continuing rain-hit match against visiting Pakistan, tumbling to 76/7 in the fourth evening at Sher-e-Bangla National Stadium and paving the way for a loss despite the contest being halted for over three days owing to rain.

Before the batting disaster, Bangladesh pacers failed to make their mark in the overcast condition on a covered pitch as the Pakistani batsmen cruised to 300/4 before declaring.

"When Allah will give us. What else I may say,” said Mahmud after the end of the day’s play, answering the questions of journalists as to when Bangladesh will ever get a pacer.

“They practice a lot, six feet tall; bowls over 140km/h but a coach cannot feed anybody. This is a matter of common sense. The coaches train you but it is you who have to reap the fruit at the field. If you cannot chew…" said Sujon.

“How did Mashrafe [Mortaza] get wickets? How did Tapash Baisya used to get wickets? We were far more inferior then, we did not know much. Now we have different bowling coach, different other coaches. I think you should ask the question to bowling coach (Ottis Gibson),”

“Bowlers’ mistake is common sense. The ball was gripping in the pitch but we bowled short of length. The bowling coach should answer it. If bowling coach’s plan does not work ask him, they will know about opponents’ weakness” he added.

Bangladesh lost the first match of the two-Test series in Chittagong by eight wickets last week to trail by 1-0.