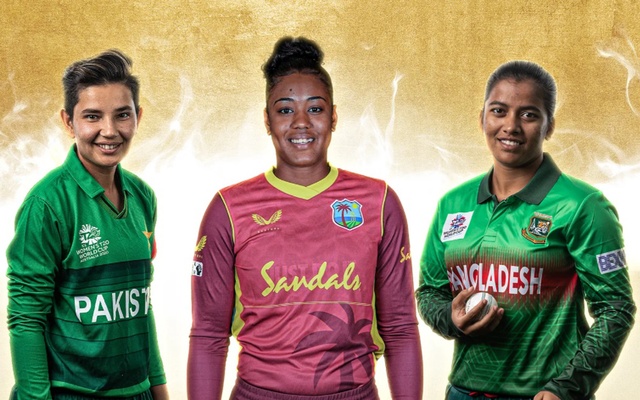 Bangladesh's left-arm spinner Nahida Akter has been nominated for ICC's Player of the Month awards for November. ICC announced the nominees through a press release on Tuesday.

In the three-match ODI series against Zimbabwe in Bulawayo, Nahida was the best bowler, picking up 11 wickets in three matches at a remarkable average of 4.81.

It also included a five-wicket haul in the second ODI that helped Bangladesh bowl out the hosts for 72.

She also had a strong start to the ICC Women's World Cup Qualifier 2021, picking the important wickets of Javeria Khan and Iram Javed in Bangladesh's thrilling three-wicket victory over Pakistan.

Her opponents are Anam Amin of Pakistan and West Indies' all-rounder Haley Matthews.

A slow left-arm orthodox bowler, Amin is one of the important cogs in the Pakistan bowling set-up. She proved her usefulness in the ODI series against West Indies, emerging as the highest wicket-taker. In three matches, she picked up 9 wickets at 11.22. Her best performance came in the first ODI as she returned 5/35.

She played two matches in the Qualifier in Zimbabwe, picking up one wicket against Bangladesh and following it up with a match-winning performance against the hosts, returning 3/9.

Hayley Matthews was brilliant with both bat and ball in November. Against Pakistan in the ODI series, she scored 57, 26 and 49 in the three games. She also picked up three and four wickets respectively in the first two ODIs. For her exploits in the second ODI, she was named Player of the Match.

In the one Women's Qualifier match that she played, she returned 2/20 against Ireland.

In Men's category, Openers David Warner of Australia and Abid Ali of Pakistan have been shortlisted in the men's category for the ICC Player of the Month awards along with New Zealand fast bowler Tim Southee.