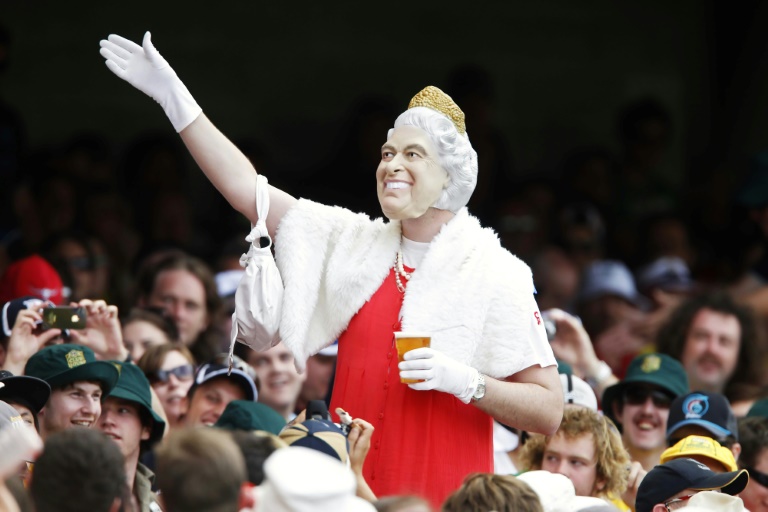 England haven't won a Test at Brisbane's 'Gabbatoir' since 1986 and will need to conquer those psychological demons to avoid another potentially fatal start to their Ashes campaign on Wednesday.

But there is a glimmer of hope for Joe Root's men, despite their notoriously poor record at the formidable Gabba ground, where England have claimed just two Test victories since the end of World War II.

It comes courtesy of India, who pulled off a stunning three-wicket upset in January, snapping Australia's undefeated red-ball streak in the Queensland capital stretching back to 1988.

"Look at that India team that won at the Gabba. They were a long way from their first-choice XI but they had no fear," skipper Root said ahead of his departure for Australia.

"They stood up to Australia and won crucial parts of that Test. It will give every player in our squad a huge amount of confidence and just plant a little bit of doubt in Australia's mind."

"Having to go back there and play again for the first time, against us, what with it being such a stronghold for them for such a long period of time," he added.

A key difference, however, was that India achieved the feat while battle-hardened after months in Australia through Twenty20 and one-day series, before three preceding Tests.

In contrast, England approach the opening Test with limited red-ball preparation, hampered by the weather, and on a pitch whose extra pace and bounce should give the home side a distinct advantage.

Because of the coronavirus pandemic, not even England's vociferous Barmy Army supporters will be there in mass numbers at the 42,000-capacity cauldron to help their team.

Brisbane's Woolloongabba Ground -- an Aboriginal word for 'fighting place', commonly known just by its shortened name -- has long been an intimidating fortress and traditionally a theatre of nightmares for England teams.

They have won there only four times -- twice in the 1930s, once against the Kerry Packer-weakened 1978-79 Australians and 35 years ago during the heyday of Ian Botham.

If something can go horribly wrong for England at the outset of an Ashes series in Australia, it usually occurs at the Gabba.

In 1954, England's legendary Len Hutton won the toss and sent Australia in to bat -- and crashed to an innings defeat. In 2002, Nasser Hussain did the same and England were crushed by 384 runs.

On the next tour, in 2006, Steve Harmison hurled down what has been panned as the worst opening ball in the history of Ashes cricket.

Harmison sprayed his first delivery to second slip, much to the chortling derision of the Gabba crowd. It was to be a tell-tale indicator to England's subsequent abject 277-run demise.

Then on England's 2013 visit, firebrand Mitchell Johnson captured nine wickets to blast out Alastair Cook's team for 136 and 179, leading to a whopping 381-run defeat.

Root's men didn't fare much better four years ago, crashing by 10 wickets with Steve Smith smacking an unbeaten 141 and David Warner 87 not out.

At least seven of that 2017 Australia team, including dangermen Smith and Warner, will again be standing in England's way come December 8.

It's little wonder England's team and fans approach an opening Ashes Test at the Gabba with trepidation.

Part of the fortress culture at the Gabba also comes packaged with the ribald welcome that the home fans serve up to visiting teams.

Paceman Simon Jones experienced that hostility when he chased down the ball in the outfield on the first day of the 2002-03 Ashes, only to jar his knee in the loose turf.

He ruptured ligaments, ending his tour, and to add insult to the injury the crowd abused him as a "weak Pommy" and threw a can of beer at him as he was carried off the field.

"It was a tough place to be," Jones recalled.