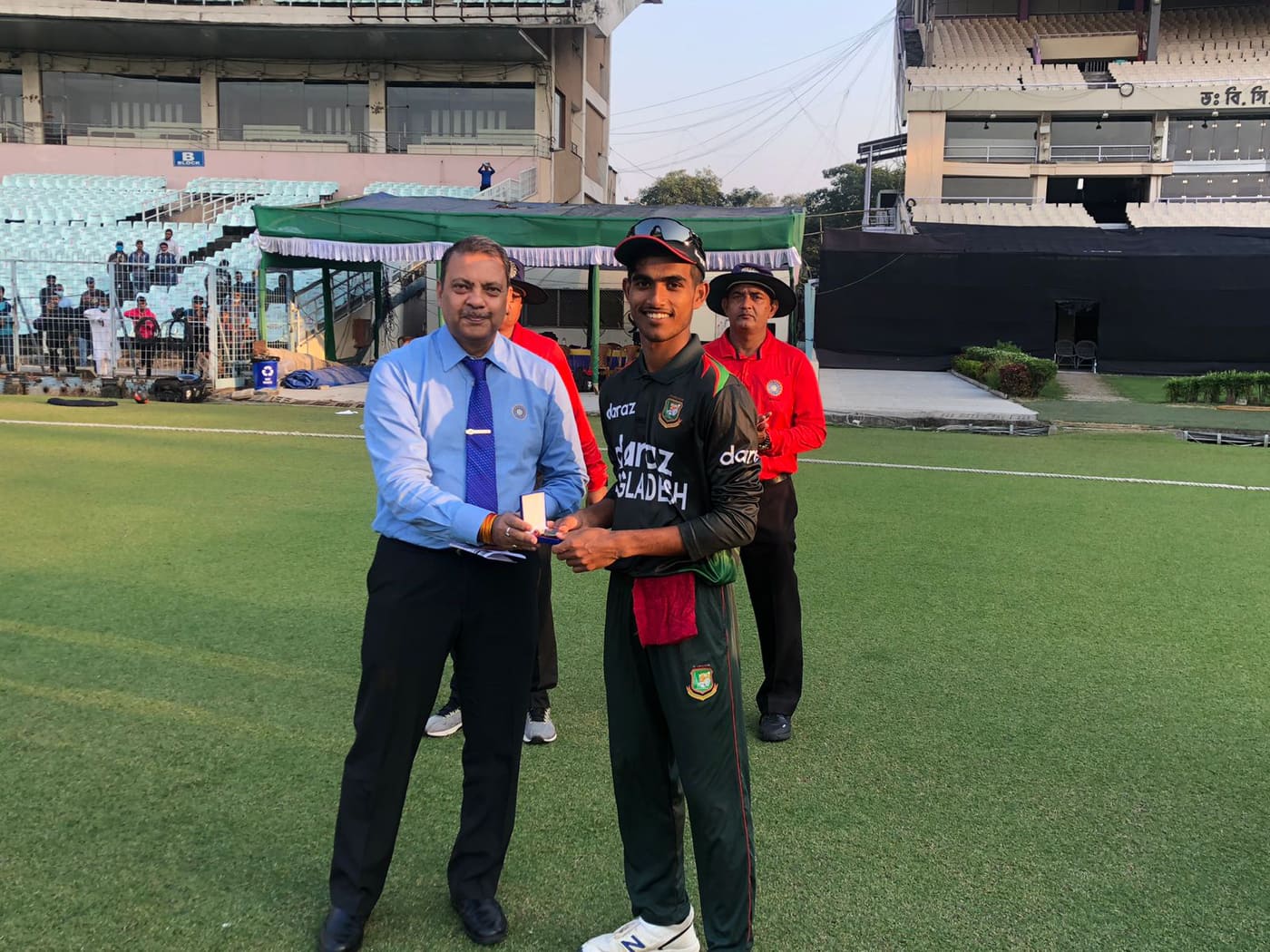 Bangladesh U-19 registered a 113-run win in the Triangular Series against the India U-19 B team at the Eden Gardens, Kolkata on Wednesday.

Bangladesh restricted India B on 192 runs from 45.3 overs, the highest scorer of their innings Kaushal Tambe scored 42 runs off 61 balls with 2 fours and a six.

Apart from Ariful, who returned figures after bowling seven overs with four wickets leaking 22 runs, Naimur Rohman picked up a couple of wickets while the rest of the bowlers took one each.

Earlier, Bangladesh set a mammoth 306-run target after opting to bat first. The top-order put on a stunning start with Nawrose and Iftakhar Hossain’s 95 runs stand for the second wicket.

Nawrose struck 101 off 108 with fourteen boundaries while Iftakhar (57) scored a fifty with six boundaries. Meherob Hasan also played a stormy innings of 70 off 48 hitting six 4’s and a couple of sixes.

Kaushal took a couple of wickets for the India U-19 B team.