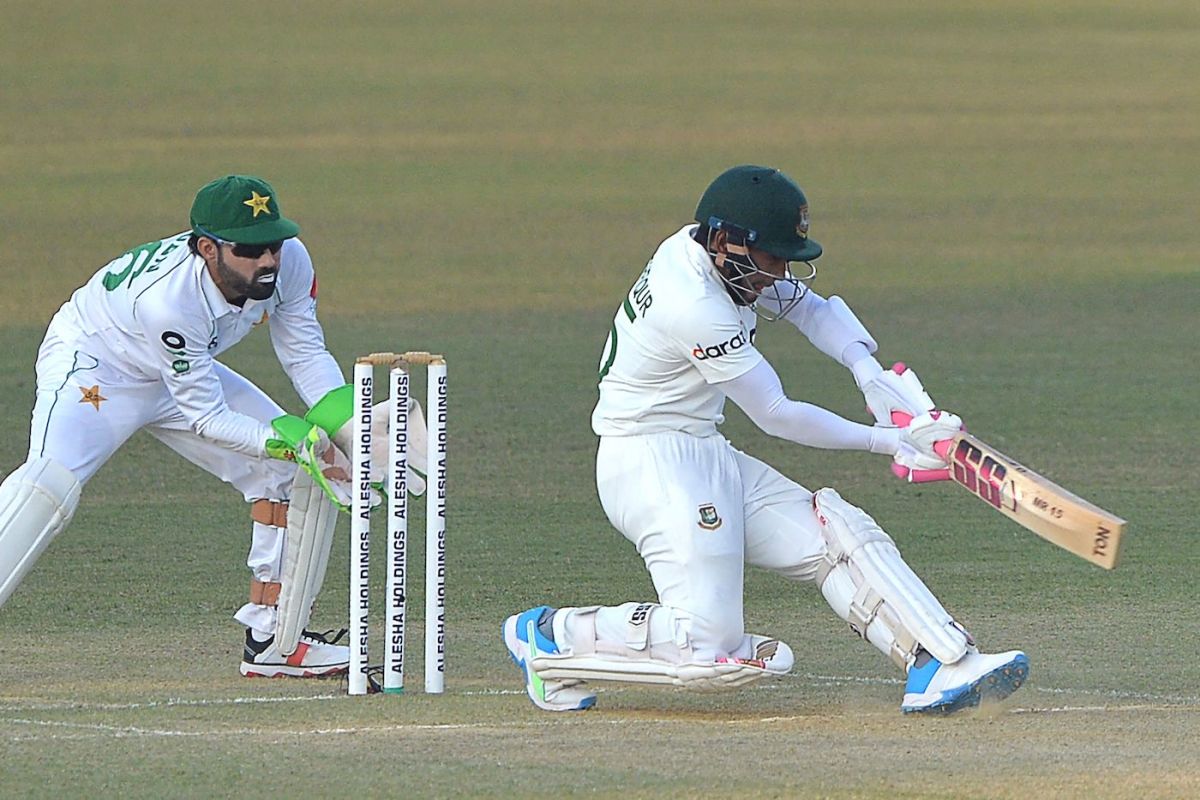 Bangladesh have scored 39 for four wickets, taking 83 run lead against Pakistan at stumps on Day 3 during their first Test match at Zahur Ahmed Chowdhury Stadium, Chattogram.

The saga of batting collapse continues for Bangladesh as they lost four top-order batters within the first ten overs of the second innings.

Mishfiqur Rahim and Yasir Ali remained undefeated at the end of the day's play on 12 and 8 respectively. After scoring 12 runs on the third day, Mushfiqur became the highest run-scorer of Bangladesh in the Test format.

The hosts posted 330 runs on the board on Saturday and wrapped up Pakistan on 286 runs at the draw of Tea.

Faheem and Shaheen Afridi went on to add 29 for the last wicket - the second-highest partnership of the innings. Faheem played a knock of 38 off 80 deliveries with the tail-enders.

Abid Ali, who resumed the day on 93, remained calm and picked up his fourth Test century. Abid was the top scorer for Pakistan with 133 while other opener Abdullah Shafique scored 52.

Taijul removed debutant Abdullah Shafique (52) and Azhar Ali (0) in consecutive deliveries off the first over to pull back Bangladesh into the game against Pakistan.

Left-arm spinners grabbed his third wicket when he beat Fawad Alam with spin to remove the batsman for eight. Bangladesh sought a review after the umpire turned down a confident caught-behind appeal. The replay indicated the ball took a feather touch on Alam's glove.

While Miraz bowl out skipper Babar Azam on 10 with a stunning delivery.

Pakistan had gotten off to a brilliant start on day two after skittling Bangladesh out for 330. The visitors finished the day on 145/0, with Abid Ali seven runs away from a century and Abdullah Shafique on 52.