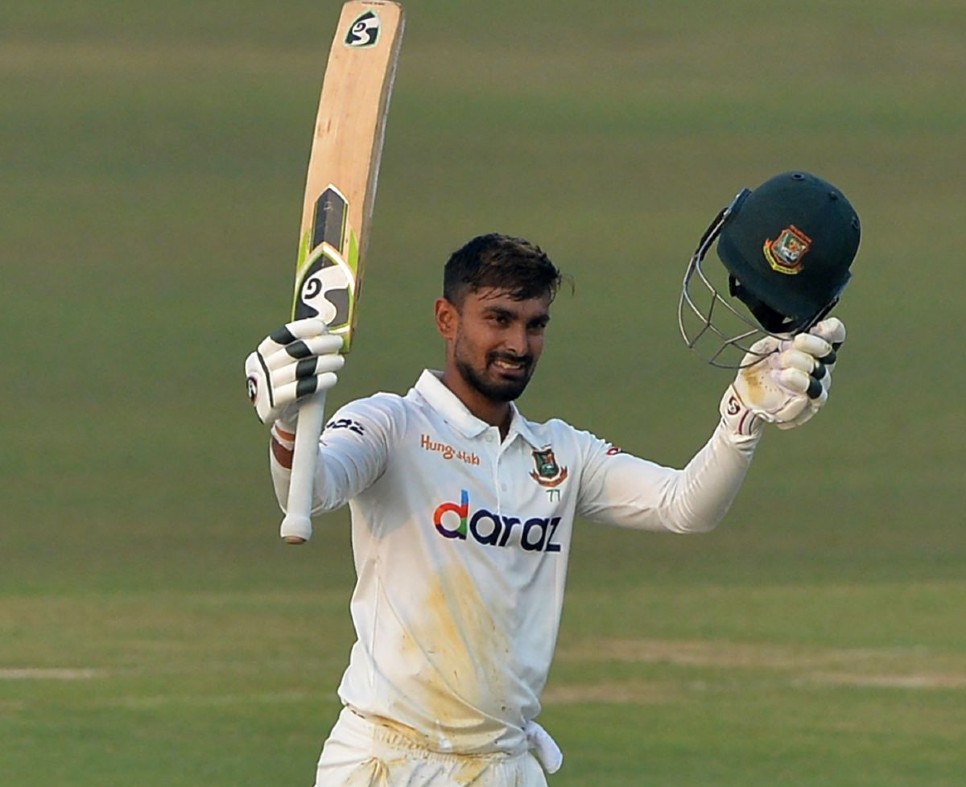 After reaching his maiden Test century against Pakistan in Chattogram, Liton Das remarked that taking a break from T20s after the World Cup was a blessing in disguise.

Liton was one of several high-profile players left out of Bangladesh's squad for last week's three T20Is against Pakistan.

After Bangladesh was defeated 3-0 Liton has bounced back strongly with his maiden ton (114).

"Maybe they gave me a break to do well in Tests. I think we got the main result from the break after the World Cup. As far as mental preparations are concerned, I played a first-class match after coming back from the World Cup. I had this Test series in mind. I didn't expect too much from myself but I prepared adequately,” Liton said.

Mushfiqur Rahim, who was also missed out in the T20I series, according to Liton, he kept him motivated throughout their partnership, especially when he was cramping all over his body late on the first day. Mushfiqur played a 91-run innings and made record 5th wicket partnership of 206 runs with Liton.

"I had plenty of small partnerships with (Mushfiqur) bhai. This one was a big partnership. It feels great when your partner helps you, motivates you. Together we overcame a tough situation,”