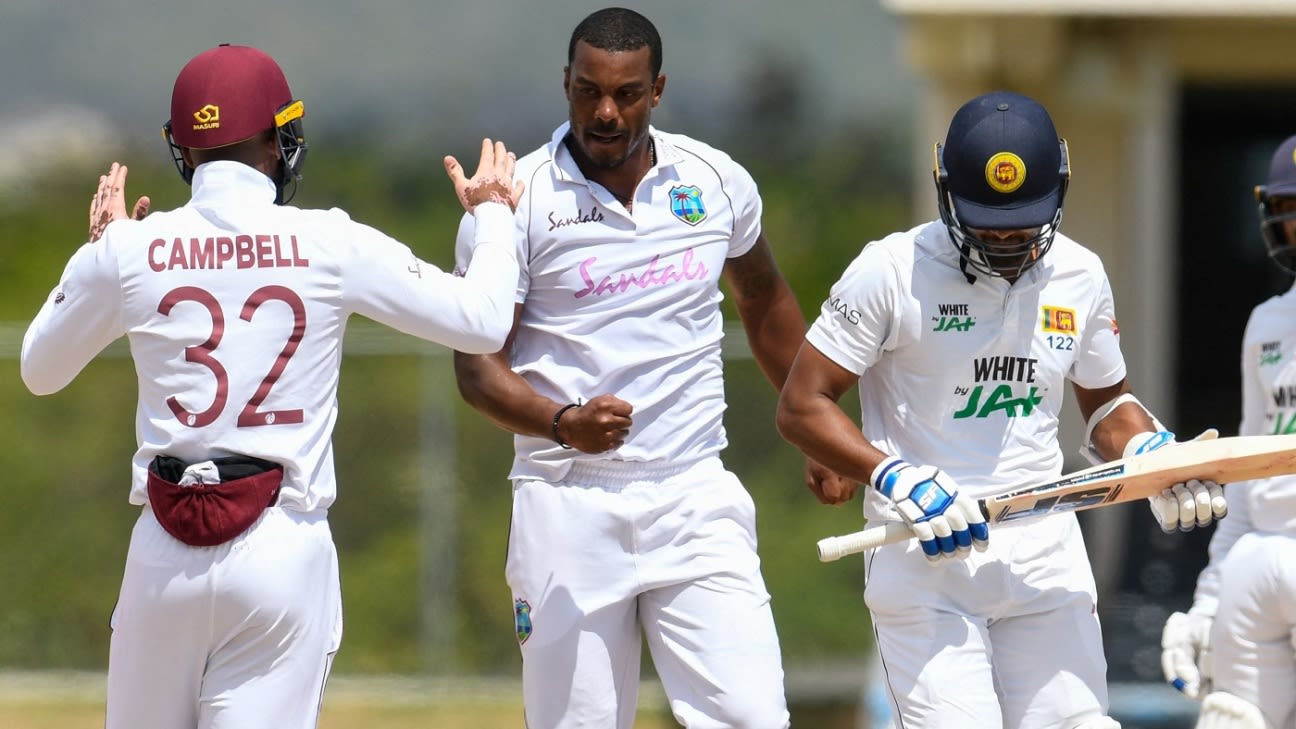 Sri Lanka are favourites in the second Test against the West Indies that begins on Monday after a resounding victory in the first game, but if the tourists win the toss and get Dimuth Karunaratne early they are in with a chance.

"Everyone has the ability to play spin. We have to be more precise on our footwork," Nkrumah Bonner, the lone hero of the second innings with an unbeaten 68, said ahead of the final match in the series, also in Galle.

"The key is for the batters who get a start to go on. I am confident we will do well in the second Test," the Jamaican said.

It didn't help in the first game, which Sri Lanka won by 187 runs -- a margin that actually flattered the visitors -- that the West Indies lost the toss and Sri Lanka enjoyed the best batting conditions on day one.

"The toss is crucial in these conditions. The first day it didn't spin as much when they batted," Bonner said.

He said they know they have to target Karunaratne when bowling after his masterful 147 and 83 in the rain-affected first match.

Karunaratne is the world's third highest run-getter this year with over 850 runs in six Tests including four hundreds.

One more 50 will see him equal a world record of seven consecutive half-centuries in Test cricket.

"Karunaratne is the batsman we need to target," Bonner said. "We need to make sure that we take those chances and get him out early."

The West Indies need to win to remain seventh in the ICC rankings. Sri Lanka will push them down to eighth with a win or a draw.

"We were keen on working on a few areas leading up to the series, and playing spin well was one of them. I guess we have countered the spin threat by sweeping well. But we need to make more improvements," Karunaratne said ahead of the match, which could again be hit by rain.

"Another area we need to concentrate on is close catching. We dropped way too many in the second innings and can't do that. Looking at the second Test, maybe we could leave out a fast bowler for a batsman. Will take a call on that after training," Karunaratne added.

If they opt to leave out a seamer, it is likely that Dushmantha Chameera will be left out. In that case, Charith Asalanka could make his debut.