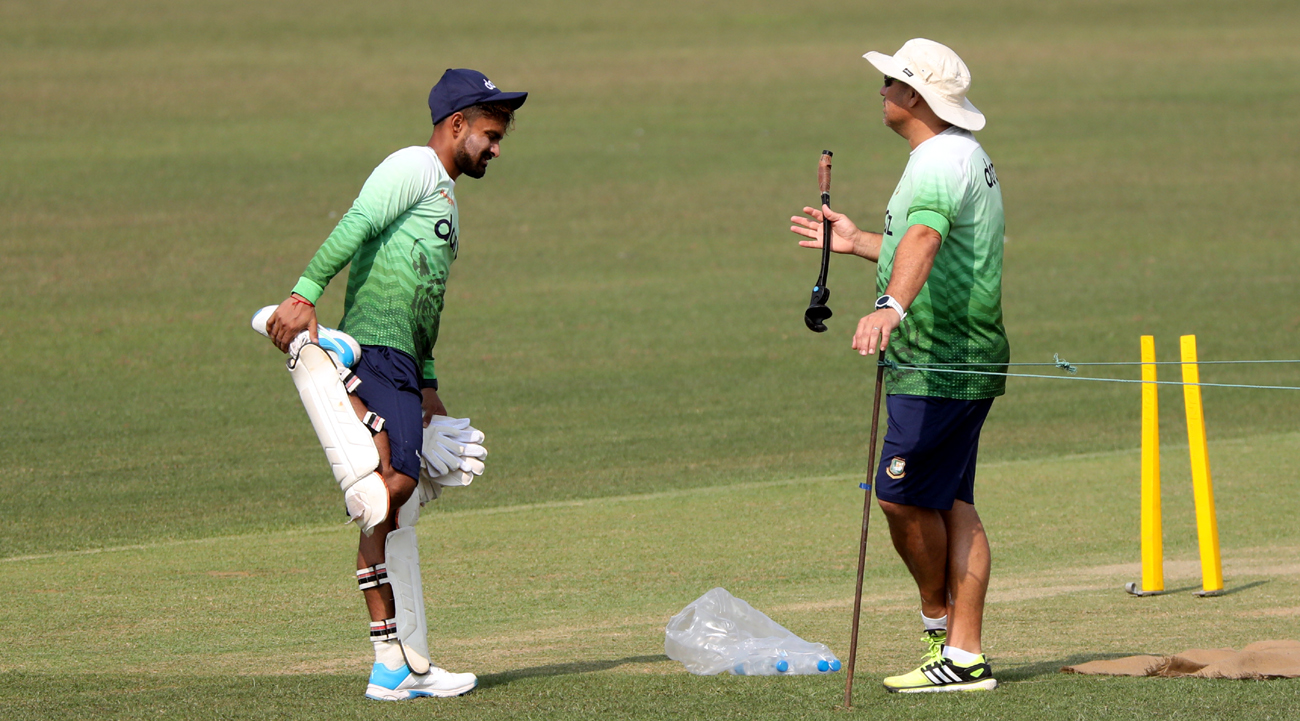 Liton Das, the wicketkeeper-batsman for Bangladesh, has already overcome his T20 nightmare, according to Bangladesh skipper Mominul Haque, in order to thoroughly prepare him for the next Test series against Pakistan.

Liton's batting form in the T20 format had deteriorated and he had a disastrous T20 World Cup, prompting his departure from the format.

He was also heavily criticized by fans on social media for his batting failure and missing a critical catch that was a catalyst in Bangladesh's downfall versus Sri Lanka from a strong position.

"We all gave him the support. He is now mentally fresh and fully prepared for the Pakistan series," Mominul said.

Mominul said since the format is entirely different, the T20 failure would not affect Liton's batting here.

"Test and T20 format is completely different. I think Liton has already overcome from that agony. If you look at his Test stat, he is the player who averaged 45/50 in Test cricket in the last one year. So I think, the T20 failure won't affect his batting here."