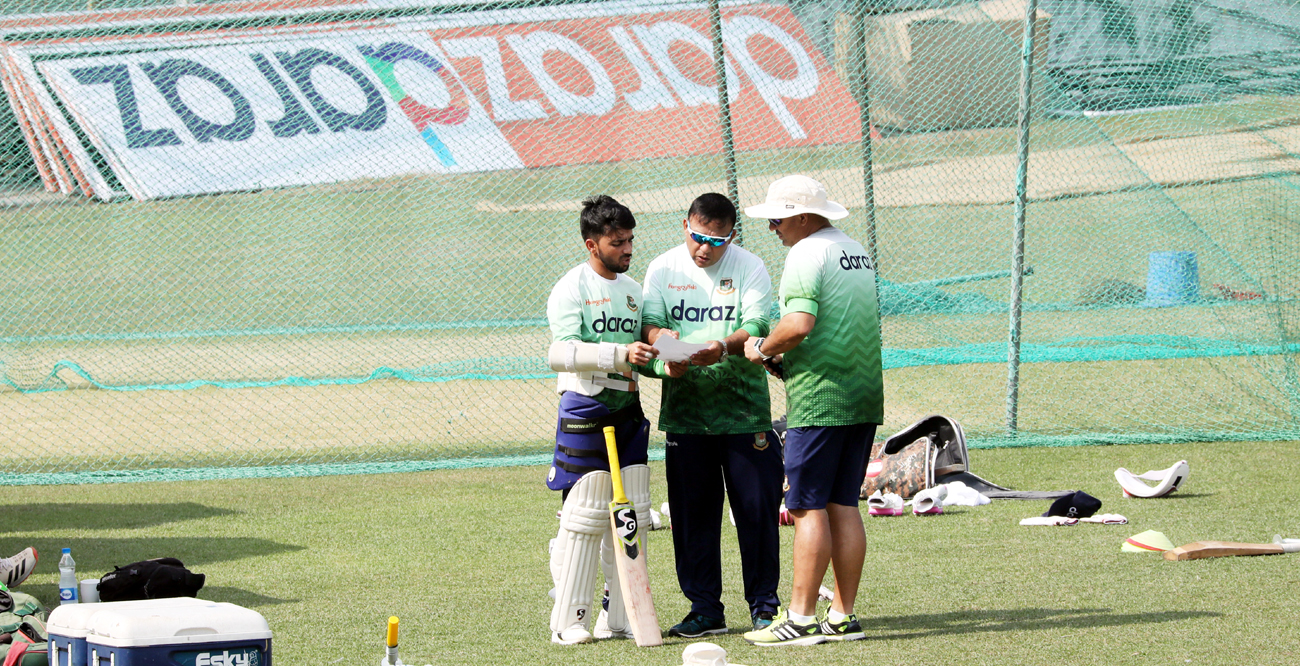 Mominul Haque, the Tiger captain has exuded confidence as he spoke about his latest crew while talking to the media ahead of the first test tomorrow in Chattogram.

In the first Test, Bangladesh will play comparatively an inexperienced playing XI due to the absence of retired Mahmudullah Riyad, as well as injured Tamim Iqbal and Shakib Al Hasan.

Bangladesh will face Pakistan in the first match of the World Test Championship. Bangladesh's first Test series in the new WTC cycle is against Pakistan. They will also face Sri Lanka and India at home next year, in addition to travels to South Africa, the West Indies, and New Zealand to cap out their WTC calendar.

"Look Test is a game of five days. Here the momentum may change from session to session. Even if you win twelve sessions in the first four days, if you do not win the remaining three sessions in the last day, then the result will not be in your favor. Those who play well in all the sessions in five days will win the match,” said Mominul at a virtual pre-match conference Thursday.

"People's confidence is different here. I am confident with my team. I don't care what they (Pakistan captain and media) are saying. I'm trying to be consistent with my plan. I don't think I need to listen to what is happening outside. It's better not to listen,”

Tiger leader admits Chattogram pitch will be a batting-friendly pitch as usual.

"I think it will be a good batting track. The pitch will help the batters. Needless to say, almost all the series taking place in Chattogram had seen batting pitches. Those who see it from the outside will be able to say it better. I think Chattogram is always good for batting," he added.

For a long time, the Bangladesh team management's approach has been criticized, as the process of developing a long-term cricketing culture has often been overlooked following a burst of immediate results.

Mominul, on the other hand, promised that there would be some beneficial improvements in this season.

"It's true all of us want to see good results. However, you will see some of our long-term plans being executed in this series," Mominul concluded.