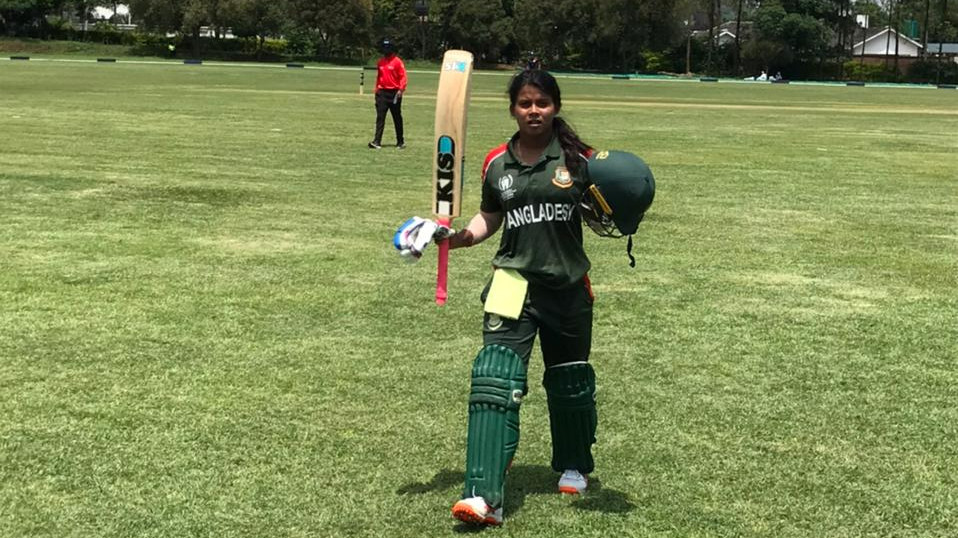 Sharmin Akhter Supta scored a 50-over match century for Bangladesh as she reached the milestone in the second match of the World Cup qualifiers against the United States on Tuesday.

This batsman of the Bangladesh team has been attacking the bowlers of USA from the very beginning of the match.

Bangladesh's highest individual innings in ODI cricket was 75 runs. Rumana Ahmed and Salma Khatun both played an innings of 75 runs.

Before this match, Sharmin's personal highest was 74. The tigress played that innings against South Africa in Cox's Bazar in 2017.

The experienced batter hit 11 fours off 141 balls to score 130 runs. She achieved this feat by playing her 26th match.